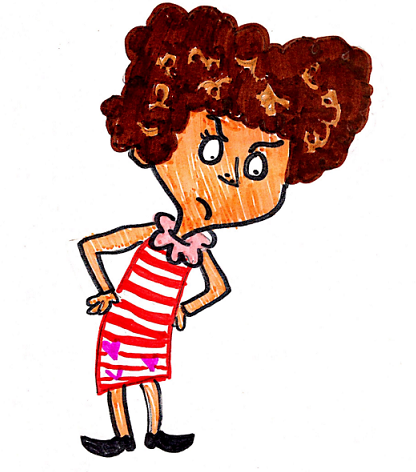 You might recall that recent incident at the Cincinnati Zoo in which a little boy fell into the gorilla enclosure, and the much admired gorilla, Harambe, was shot and killed, in order to protect the boy’s life. Well, a lot of arguments were presented as to whether or not zoo officials made the right call, or what alternate course of action could have been pursued.

It is within this context that I want to address a particular thread in some of these comments, and to ask us to take a more critical look at this line of thinking. It is clear from what I have heard and read that some people believed that the mother was negligent in this matter, and quite a bit of anger was directed at her. These angry outbursts not only accused the mother (or parents) of wrongdoing, but some of them were downright hateful in nature.

One eye witness went on record defending the mother against the accusations of negligence, yet those hateful comments continued. Indeed, one post that I read suggested that the gorilla’s life was of greater value than the boy’s. The backlash over the killing of the gorilla forced the police to conduct a criminal investigation to see whether charges should be laid against the parent or parents. In the end, they did not determine the parent (s) to be negligent.

In all of this, I could not understand the reason or reasons for the hateful or threatening comments towards the parents, especially since there was very little information available at the time about what actually happened. As I understand it, the parents even received death threats! Was all of this necessary? Are we so angry that we would go this far? Why are we so quick to pass judgement, even without sufficient facts to support it?

It is my view that this was not just an isolated case of the raw display of anger. Indeed, I think that this behavior has become all too common. It seems that we have become an angry people. But what are we angry about? Who are we angry with? We seem to be directing our anger towards individuals, systems, structures, and organizations that do not align with our view of how things should be. Is this anger misdirected?

When Donald Trump was making his meteoric rise to the position of presumptive nominee of the Republican Party, many of us could not understand how someone who stirred so much hate and resentment was doing so well. Was he just stoking the fears and anger of the American electorate? If so, why was he so successful at it? Were the people already predisposed to such anger? And what was the basis of this anger?

In the case of the recent Brexit vote results, why have so many become so angry about the outcome? Who are they angry with? Should we not be examining our own motives, thoughts, words, and actions in relation to the circumstances of life, before we draw the sword? To what extent are we contributing to our own problems, or are helping to create a climate of mistrust, fear, and confusion? Could this be what we are really angry about, our own shortcomings?

If you think that I am just having wild imaginations or hallucinating, pay close attention to the news and to the things that are happening around you. Can you not detect this behavior? Do you not observe it at the checkout in the supermarket, on public transit, at places of employment, at the hospital, in the classroom, in traffic, in relationships? Is this brought on by stress? But what is the source of such stress? Did we help to create this stress?

Last year, I visited a friend in New York City. On my way back to the airport, I took a taxicab. I was listening to the conversations on the two-way radio and smiling to myself. Then I heard the operator asking why was everyone so tensed, so uptight that morning, so I gave a chuckle. (It was Monday!) It was at this point that the taxi driver exclaimed that he could not understand why so many people were so angry, and that he witnessed it all the time. He felt that people were too stressed in New York, and he asked whether the same was true in Canada.

Are you angry? If so, what makes you angry? If not, how do you manage to maintain calm and balance? May I suggest that this anger is leading us to make intemperate comments, to make wrong decisions, to be quick to judge and condemn, and to create a vortex of panic and confusion in our world. I know that I am not providing a solution to the problem, real or imagined, but that was not my intention. We need to look at ourselves!

Would it not be useful for us to think before we speak, to get the facts before we accuse, and to try to see things from another person’s perspective? Would it not be helpful to consider the impact of our actions before we take them, the consequence of our decisions before we make them? This could very well reduce some of our anxiety and stress, and could even reduce the anger evident among us.

Do you want to add feedback to this story? Please add a comment in the box below or emailbeaconson@hotmail.com or info@thereadersbureau.com