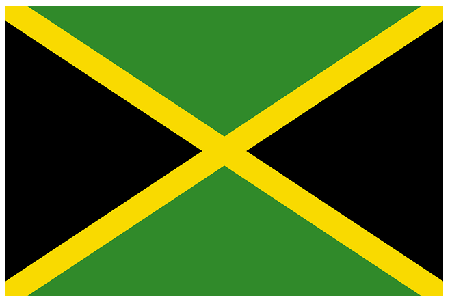 The question of the quality of music produced by Jamaica’s reggae artistes came under scrutiny recently when Billboard Magazine named British soul singer Joss Stone as its ‘Reggae Artiste of the Year.’

This created a hullabaloo not only among some reggae artistes and fans but also was a major topic of discussion on social media. Writer Stero Williams, in an article titled, Why Did Joss Stone Sell More Reggae Albums Than Any Black Artist In 2015? on the popular website Dailybeast.com hinted at some of pressing issues in the entertainment business.

“In a year when race, appropriation, and white privilege have been constant points of national conversation, one of the country’s biggest music media platforms continues to rub salt in the proverbial wound of the Black music-buying public,” he wrote.

At the same time, Jamaica’s journalist Howard Campbell in a piece for the Jamaica Observer titled, Did Color helps Joss? noted that “Billboard’s accolades are sales-based—Stone’s reggae debut, Water for Your Soul, sold 29,000 copies—but that’s what should be scrutinized. When white artistes are routinely outselling black artistes in virtually every genre, it seems fair to believe that white consumers are more inclined to buy albums by white artistes—aside from Drake’s.”

Campbell further noted that most of the best-selling albums of the past 18 months have come from white pop acts like Taylor Swift and One Direction.

Now, with the world fast becoming a global marketplace more and more people are bound to catch “Reggaemylitis.”

Therefore, it behooves artistes locally to step up to the plate by producing quality music.

“The mainstream tends to ignore the variety of Black music until a white face dabbles in it,” declared Williams.

The fact is this is not unique to music, however, in order for local reggae artistes to be counted and continue to be numbered among the greats they must produce superior music to what currently obtains as black music is judged at a higher standard.

The truth is until blacks create their own Billboard Magazines and have their own media outlets they will have to dance to the piper.

What is uniquely different, however, in this whole scenario, no one can sing as well of blacks’ experience as well as they themselves can.

Williams is on point and rightly stated that Stone’s Billboard recognition does not mean whites are taking over black music.

He posited that “The lack of recognition for black contemporary talents and black musical icons of the ’80s and ’90s proves that Black music is either invisible or disposable to too many white consumers. So Billboard can announce whomever as the of 2015—it doesn’t mean much in and of itself. But those numbers—those consistently troubling numbers—should give everyone pause. Black art does not need white approval or validation—it has been great and will always be great. But with so many white artistes leveraging black culture for visibility and acclaim and so much contemporary black culture demanding to be heard; don’t be surprised if a few famous black faces stop agreeing to appear at shows where they are routinely sent home empty-handed. We are more than capable of celebrating ourselves.”