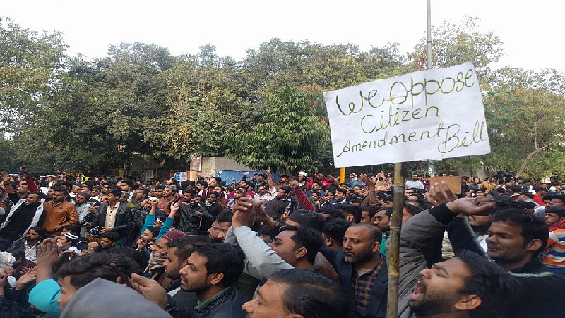 Opposition Parties condemn the bill as unconstitutional because it grants citizenship based on religion.

“I think it is, without exaggeration, probably the most dangerous piece of legislation that we’ve had because it amounts to truly destroying the very character of the Indian state and the constitution,” Harsh Mander, an Indian human rights activist and author, said in a press report.

Since the protest, two people have died, several injured, and thousands detained.

The Prime Minister has described the bill as a means of protecting vulnerable minority groups from persecution. Some critics, however, have viewed the law as anti-Muslim and ethnic cleansing.

Modi celebrated the bill’s passing on Twitter. “A landmark day for India and our nation’s ethos of compassion and brotherhood!” he wrote. “This bill will alleviate the suffering of many who faced persecution for years.”