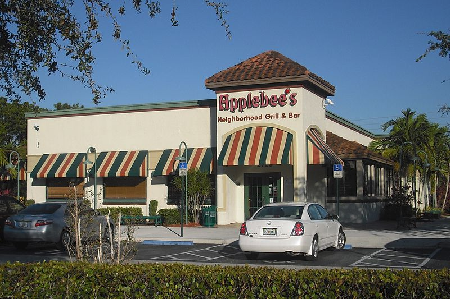 Not all fast food stores are equal and the intense competition in the fast food industry is proving just that in the business environment.

Applebee’s, which closed 46 locations in 2016, is suffering from an industry-wide slowdown that many analysts fear could be the beginning of a downturn in the restaurant business.

DineEquity, owner, and operator of Applebee’s has reported a fourth quarter decline in revenue of about 10%. The restaurant chain has experienced a fall in sales to $154.2 million from $171.3 in the same quarter last year.

Adjusted earnings per share were $1.37 compared to $1.59 in the same period of 2015, driven by lower gross profit. This was caused by a 7.2% decline in Applebee’s same-store sales, said interim CFO Gregg Kalvin.

Many analysts and pundits who watch the fast food industry have argued that the decline in sales in fast food businesses such as Apple’s may be attributed to new positioning and competition by fast-casual restaurants like Chipotle and Panera and the fact that more people are cutting back on eat-outs.

“We believe that restaurant closures are an important tool to preserving the financial health of the system,” acting CEO Richard Dahl said in a report.

“Obviously, we are not immune to the pressures faced by the category during the fourth quarter, particularly in December, which was the worst for casual dining sales and traffic during 2016,” Dahl reportedly said.

According to the food-business publication FSR Magazine, only 34% of casual-dining brands recorded by the industry tracker TDn2K had positive comparable restaurant sales in the third quarter of 2016.