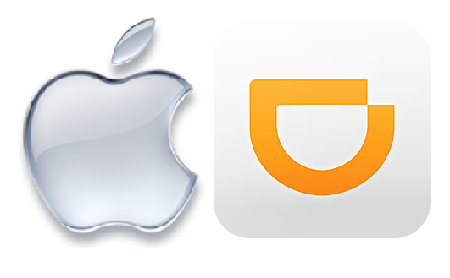 Also, this comes amid signs of a maturing cell phone market in which the company sharpened its teeth.

Apple is trying to reinvigorate sales in China where it has come under greater pressure from regulators, and Cook is traveling to the country this month.

Cook said in an interview that he saw opportunities for Apple and Didi Chuxing to collaborate in the future.

“We are making the investment for a number of strategic reasons, including a chance to learn more about certain segments of the China market,” he said. “Of course, we believe it will deliver a strong return for our invested capital over time as well.”

Didi Chuxing, formerly known as Didi Kuaidi, said in a statement that this was the single largest investment it has ever received.

The company, which previously raised several billion dollars, dominates the ride-sharing market in China. The company said it completes more than 11 million rides a day, with more than 87 percent of the market for private car-hailing in China.