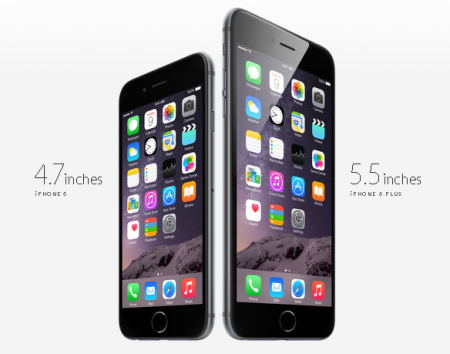 Lights, Cameras, Action – so it was on Tuesday, when Apple’s CEO, Tim Cook walked on stage to launch and announce Apple’s latest product line amidst a large number of gleeful guests and fans.

The event took place at the Flint Center in Cupertino, California, a place that has now becomes Apple’s holy shrine as it marks the venue where the company’s founder and pioneer, Steve Jobs, first introduced Apple’s iMac in 1998.

“Today, we are pleased to announce the biggest advancement in iPhone,” said Tim Cook.

Keeping true to Apple’s tradition, Cook claims bragging rights to smartphone technology as he unveils the iPhone 6 and 6 Plus.

Both phones feature Apple’s 64-bit A8 chip and an M8 next-generation motion coprocessor.

They are the thinnest, fastest, and most energy efficient iPhones to hit the market.

The iPhone 6 and iPhone 6 Plus will feature Apple’s new iOS 8 software and will come in a wide array of colors: Gold, Silver, and Space Gray.

The phones are set at different price range and will be available with a standard two-year cellular contract accordingly:

With a two-year contract, the previous generation iPhone models will be available as follows:

On the other hand, adding to its product line, Apple also announced the introduction of a new computerized wrist watch early next year.

The unveiling of the watch shows a seamless interface within Apple’s ecosystem.

The watch runs on a brand-new S1 processor and is equipped with a gyro and accelerometer and can be tethered to the phone.

The watch will be available in different styles, colors, and case sizes of 38 mm and 42 mm, respectively. It will have a start price from $349.