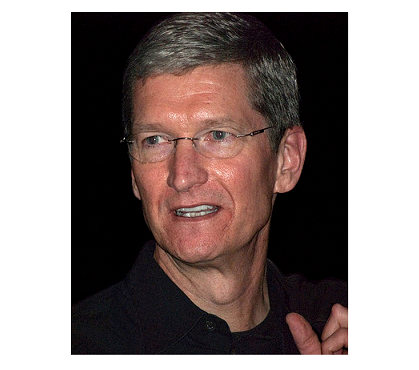 Accrding to press reports, Apple chief executive Tim Cook offered a part of his liver to his friend and boss Steve Jobs during the last and fighting moments of his life.

However, Jobs would have none of it, according to excerpts from a tell all book entitled, Becoming Steve Jobs.

The book captures the life and times inside Apple as it grew into the behemoth technology company it is today.

Jobs was one of America’s foremost entrepreneur, marketer, and inventor, as well as cofounder, chairman, and CEO of Apple Inc.

He was diagnosed with a pancreas neuroendocrine tumor in 2004 and underwent surgery to remove the tumor. In 2009, he underwent a liver transplant, a procedure that has a relatively high survival success rate.

Author of the book, veteran technology reporter Brent Schlender and Fast Company executive editor Rick Tetzeli noted that current Apple CEO Tim Cook once offered an ailing Jobs a portion of his liver but that offer stirred the anger of Jobs.

According to the book, Cook not only researched information about the disease but also went through a series of tests and discovered that a partial liver transplant was feasible.

However, when he shared the news with Jobs,  he reacted angrily, according to the book.

“He cut me off at the legs, almost before the words were out of my mouth,” an excerpt says.

“Steve only yelled at me four or five times during the 13 years I knew him, and this was one of them,” Mr Cook added.

Jobs resigned as Apple chief executive in August 2011, and he later died of respiratory arrest related to the disease on October 5, 2011. He was 56-year-old at the time of his death.