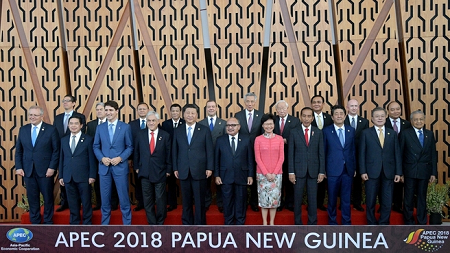 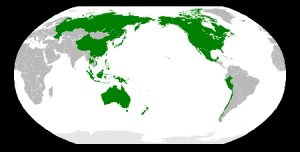 Leaders at the Asia Pacific Economic Cooperation summit could not reach consensus on the wording of a communique after two days of talks in Papua New Guinea, evidenced by heightened tensions fueled by a trade war between the U.S. and China.

“I don’t think it will come as a huge surprise that there are differing visions on particular elements in regard to trade,” said Trudeau.

“That prevented there from being a full consensus on the communique document,” he added.

A central topic at the summit was the growing U.S. China trade dispute.

In his speech, Xi said implementing tariffs and breaking up supply chains was “short-sighted” and “doomed to failure.” He called for a stronger WTO and defended his signature Belt-and-Road Initiative, saying it’s “not a trap as some people have labeled it.”

At the same time, Pence warned nations against taking Chinese loans, saying the U.S. “doesn’t drown our partners in a sea of debt” nor offer “a constricting belt or a one-way road.”

The reports also pointed to other points of disagreement that include World Trade Organization reforms.

The Trump administration had earlier threatened to withdraw from the body if the U.S. isn’t treated more fairly.