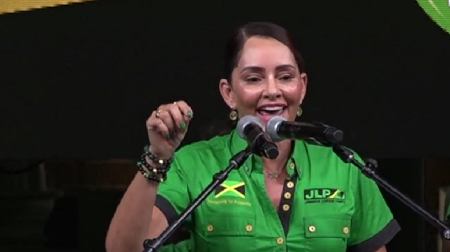 Ann-Marie Vaz is expected to be sworn in during this week as the Member of Parliament for Portland Eastern following her victory in the recent by-election.

The final count by the Electoral Office of Jamaica (EOJ) that was completed over the past weekend has given Vaz a slightly higher margin of victory.

The final count showed both Vaz and the People’s National Party (PNP) Damion Crawford increased their tally of votes when compared with the preliminary count.

The EOJ says 75 ballots were rejected.