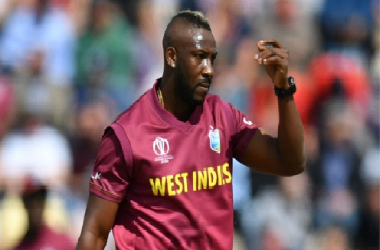 Andre Dwayne Russell, the 32-year-old Jamaica and Windies all-rounder, has made no bones about where his allegiance lies and, for obvious reasons, to the highest bidder, certainly not Windies or domestic cricket.

And that’s his right – he has plied his trade globally in over 300 T20 matches and as a No Objection Certificate player has received strong support from Windies cricket administration.

“Yes, I have been on the road for close to four months now. It started with the CPL (Caribbean Premier League), then IPL, and now here…it’s been though life in the bubble for me. However, I got a sense of freedom in Dubai after the IPL – got to drive a car, have a party, and listened to some music. I feel fresh now as if I am coming from home. It’s going to take time for us to get used to, but I will do my best to do well in this league,” Andre Russell told Gulf News in a past report.

Prior to the current New Zealand tour by the Windies, Russell told CWI lead selector Roger Harper that he would take a pass on selection for the tour because he wanted “to clear his head” and he was “going from one lockdown (tournament) to another.”

However, soon after, Russell backed off from his original position to play for the Colombo Kings in Sri Lanka’s T20 Cricket League.

Windies Head Coach Phil Simmons was surprised to learn that Russell was in Sri Lanka playing cricket, “That’s news to me. I haven’t spoken to him since we came down here to New Zealand. He was at the IPL, and I haven’t spoken to him since then. I didn’t know he was in Sri Lanka. I can’t answer your question about that until I know what the whole situation is,” he said in a press interview.

Last year, Russell also opted out of the Windies T20Is against India but played in Canada’s T20 League.

The flamboyant Jamaican player has taken a lot of flak from local and Caribbean pundits and fans for not ‘taking one for the team’ or making a sacrifice for the Windies.

However, CWI CEO Johnny Grave has posited a different view on the matter.

“He is not a contracted player, and we would never stop a player from playing cricket and earning money, so we will issue his NOC later today,” said Grave earlier in a social media post.

In a recent interview on the SportsMax Zone Windies, President Ricky Skerritt also argued that he would prefer if players took a broader outlook rather than focusing on self.

“We would like to believe that it is country above self, West Indies above leagues and so on, but our policy is very straightforward since I have come to the fore bearing in mind the legal situation,” he said.

He also noted that his administration is different from others and would not seek to penalize players for plying their trade with other teams overseas in lieu of playing for the West Indies.

“That is where we differ from the previous administration. Players will not be punished. Selectors will not become disciplinarians. Selectors will pick the best available players who want to play at that time or who are obligated as in the case of contracted (players).”

Players of Russell’s stature easily pulled in large payouts in leagues overs seas, which is much more than Windies can afford.

For example, the Indian cricket team and Bangalore Royal Challengers captain Virat Kohli garnered over 2.6 million US dollars in wages in the 2019 IPL season. He was closely followed by the ex-India captain M.S. Dhoni and the Chennai Super Kings captain, who received about 2.3 million dollars in wages during the same season.

Notwithstanding, these amounts are small change compared to the drawdown by players in other international sports.

In local parlance, Dre Rus prefers to “eat a food” in Sri Lanka’s setup and that’s his right to do!