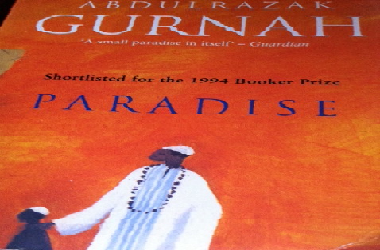 Born in Zanzibar in 1948, Gurnah migrated to England as a refugee in the late 1960s.

He was a Professor of English and Postcolonial Literature at the University of Kent, Canterbury, until his recent retirement.

Gurnah is the first black African author to have won the award since Wole Soyinka in 1986.

The author reportedly said he was “surprised and humbled” to be awarded the 2021 Nobel Prize for Literature.

The Swedish Academy praised Gurnah for his “uncompromising and compassionate penetration of the effects of colonialism”.

Gurnah is the author of 10 novels, including Paradise and Desertion.

The Nobel Prizes, which have been awarded since 1901, recognize achievement in literature, science, peace, and latterly economics.

Past winners have included novelists such as Ernest Hemingway, Gabriel Garcia Marquez, and Toni Morrison; poets such as Pablo Neruda, Joseph Brodsky, and Rabindranath Tagore, and playwrights including Harold Pinter and Eugene O’Neill.

Former U.K. Prime Minister Winston Churchill won for his memoirs, Bertrand Russell for his philosophy, and Bob Dylan for his lyrics.