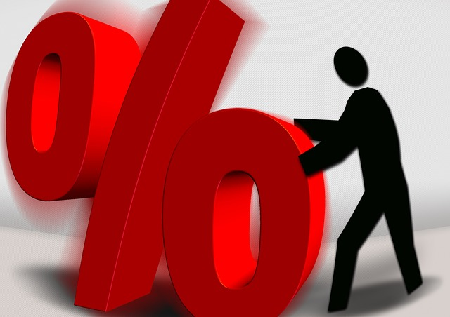 “We would be astounded if they don’t raise rates finally said, Chris Rupkey, chief financial economist at MUFG Union Bank.”

Analysts and Pundits alike believe that the U.S. economy is performing at the point where the Federal Reserve officials must make the call for an interest rate increase.

Fed officials saw the jobs market improving and inflation starting to move towards their 2% annual target. “The U.S. looks to have weathered turbulence in global markets without signs of stress,” the minutes, said.

Wall Street rallied following the release of the minutes, with the Dow Jones, S&P 500, and Nasdaq indexes closing well above 1% higher.

“The market today is just reinforcing the view that most likely the Fed is going to move in December, and that’s not necessarily a bad thing,” said Jeremy Zirin, chief equities strategist at UBS Wealth Management Americas.

The Fed has kept its benchmark for short-term rates near zero since late 2008, but there has been increasing speculation about the timing of a rise.

Earlier this year, many economists thought that a rate rise might come in September or October, but U.S. market volatility and worries about economic growth in China put this on the back burner.

However, the Fed minutes indicated that officials felt the U.S. had come through these difficulties.

“The U.S. financial system appeared to have weathered the turbulence in global financial markets without any sign of systemic stress,” the minutes said.

“Most [officials] saw the downside risks arising from economic and financial developments abroad as having diminished and judged the risks to the outlook for domestic economic activity and the labor market to be nearly balanced.”

The October meeting came after the release of disappointing September jobs data, which was noted in the minutes. But since then, the jobs market surged in October.

Chris Rupkey, chief financial economist at MUFG Union Bank, in New York, said: “December is a very, very live date for action, and frankly, given the stellar 271,000 jobs report since the October meeting, we would be astounded if they don’t raise rates finally.”

Speculation about an imminent interest rate rise has in the past unsettled financial markets. But some analysts believe markets are now prepared for a normalization of policy.

“I think the market is ready and comfortable for an increase,” said Alan Rechtschaffen, portfolio manager at UBS Wealth Management Americas.

“We just have to turn this aircraft carrier around, get out of this zombie-like economy which is being fed on an elixir of low interest rates and get to a process of normalization,” he said.