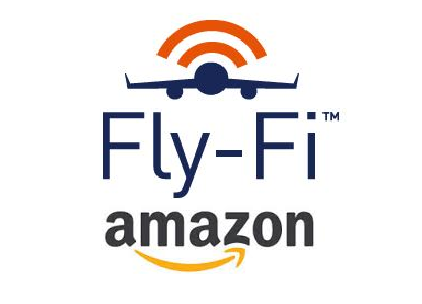 Amazon and JetBlue have both joined forces to provide entertainment to inflight travellers.

The companies announced that they will bring unlimited, on-demand entertainment to airline travel later this year through JetBlue’s free high-speed Fly-Fi broadband internet, the industry’s fastest complimentary inflight internet service, to create an unmatched entertainment experience in the sky.

According to Amazon.com, the collaboration will enable Fly-Fi for Amazon Prime members to instantly access tens of thousands of movies and TV episodes, including exclusive Amazon Original Series such as Transparent, Mozart in the Jungle and Bosch, at no additional cost to their membership. In addition, all JetBlue customers will be able to rent or purchase hundreds of thousands of titles in the Amazon Instant Video store, including new-release movies and day-after TV programming, over the free broadband internet.

“We want to provide the best digital video experience to our customers and we’re excited that, with JetBlue, we will raise the bar in airline entertainment,” said Michael Paull, Vice President of Digital Video at Amazon. “We’re thrilled that Fly-Fi technology will give Prime members and customers unlimited, on-demand access to the full catalog of titles from Amazon’s digital video library while they’re in the sky—without the need to rush to download one more episode or movie before taking off, we’re helping make airline travel more enjoyable.”

The Website also noted that Fly-Fi will satellite technology to give customers internet speeds that feel like what they have at home or work.

The website also noted that Amazon and JetBlue have worked together to ensure that the inflight entertainment system meet the premium experience expected by customers when streaming movies and TV episodes from Amazon.

Access to Amazon’s entertainment library will be built into the JetBlue Fly-Fi Hub, giving customers instant access to watch titles from Amazon on their laptops, Fire devices, iPhones, iPads and Android phones and tablets—no pre-flight download needed. JetBlue’s free Fly-Fi broadband internet will be available on all of JetBlue’s Airbus A321 and A320 aircraft this year, and on JetBlue’s Embraer E190 aircraft in 2016.

“Just like at home, customers will be able to access movies and TV shows from Amazon from 35,000 feet in the sky over our super-fast and free Fly-Fi,” said Jamie Perry, Vice President, Brand and Product Development, JetBlue. “Amazon’s customer focus aligns perfectly with the experience we have created for our customers, including the best inflight entertainment, free unlimited snacks and beverages, lots of personal space with the most legroom in coach, and wide, comfortable seating. By teaming up with a category-leader like Amazon, we created a unique model where we can offer complimentary broadband internet access.”

The company also said that on top of unlimited instant access to movies and TV episodes, Amazon Prime members will be able to access and listen to more than one million songs available on Prime Music. All JetBlue customers will be able to purchase and download songs from the Amazon Music store, eBooks from the Kindle store, and apps and games from the Amazon Appstore and earn TrueBlue points when they shop specific categories on Amazon over the free Fly-Fi broadband internet while inflight or through JetBlue promotions.

“JetBlue, which was founded on the idea of bringing humanity back to air travel, continues to innovate to offer the best onboard experience at a low cost, including a multi-screen entertainment experience with seatback entertainment, streaming content, and free Fly-Fi broadband internet,” the release also said.