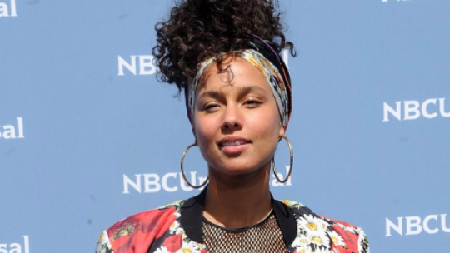 Alicia Augello Cook, known by the pseudonym Alicia Keys, the American singer, pianist, songwriter, record producer, and actress is now on to something completely different — the no-makeup movement.

Keys’ quest for the freedom of self-expression has put her on a no-makeup path, keeping a natural appearance, and the ditching of all things cosmetics.

Speaking recently on MSNBC morning program Today, Keys said, “You don’t have to be what people tell you.”

However, Keys was quick to point out that she’s not anti-makeup.

Moreover, in her interview on the show, she added that “I think the other thing that’s kind of crazy is this conversation; it kind of shows our obsession of the standard we hold women… the standard of beauty.”

The no-makeup movement started by the R&B singer is gaining momentum and on set the anchors on the Today show joined in by removing their makeups.

The 35-year-old Keys has also earned the praise and support from fans for her thrust towards a natural look.

Alicia went makeup-free in a photoshoot for her new album, which led to a major realization for the star. She said the shoot made her feel the strongest, most empowered, most free, and most honestly beautiful that she’s ever felt.

Since then, she’s been ditching the foundation and mascara more often, even going without makeup on the MTV VMA red carpet recently.