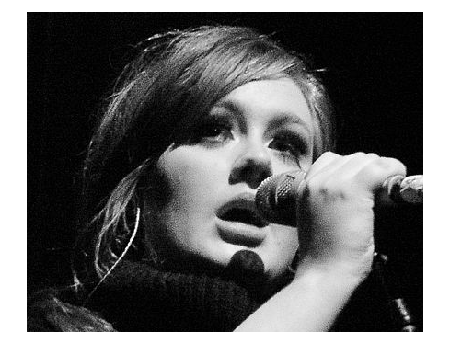 British born, 27 year old song bird, Adele Laurie Blue Adkins is unstoppable as she continues to make the top position on the billboard 200 chart her own.

After a three-year hiatus in the music business, Adele returned with a bang by releasing her third studio album, “25”, on 20 November 2015.

Since then, the album has been selling like hot bread and tearing up the music charts globally.

Her album “25” debuted at number one in most major markets and broke first week sales records in the U.K. and U.S.

The lead single, “Hello”, debuted at number one in many countries around the world and became the first song in the US to sell over one million digital copies within a week of its release.

The singer now has bragging rights which only a few other singers can claim — achieving a 10 week run at the top of the Billboard 200 chart.

Only four other albums have achieved this milestone since 2000.

This exclusive club belongs to the following:

Impressively, Adele and Swift are two of only five acts with at least two albums to lead for at least 10 weeks each since the Billboard 200 combined its former stereo and mono albums charts into one overall tally in 1963.

The pop divas stand alongside Whitney Houston, the Monkees, and the Beatles.