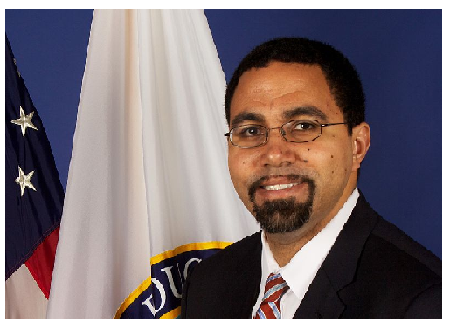 The Acting Secretary of Education John B. King Jr. in a recent speech in Philadelphia, Pennsylvania, commended educators for their contribution to the U.S. education system.

He said, “Last year, we announced the highest graduation rate we’ve ever had as a country—82 percent. This progress was driven in no small part by the significant reductions in the dropout rate among African-American, Latino, and low-income students. We have seen a million more African-American and Latino students in college since the President took office. We are seeing millions more students getting access to higher education and access to high-quality preschool. And, data suggests that the most recent college graduating class was not only the largest class ever, but also the most diverse.”

He noted that President Obama had signed the new Every Student Succeeds Act, the reauthorization of the Elementary and Secondary Education Act — a  move that goes beyond the one-size-fits-all prescriptive model of the approach of “No Child Left Behind.”

He said that this has created an opportunity for a reset in the national conversation about the future of schools and the path to educational equity and excellence.

He further said, “The education policy discussions of the last few years have been characterized by more heat than light. Despite the best of intentions, teachers and principals, at times, have felt attacked and unfairly blamed for the challenges our nation faces as we strive to improve outcomes for all students.”

Some politicians, he noted, “have exacerbated this difficult climate by painting with a broad brush of failure, or by denying the challenges students and their families face, or the glaring inequities in resources that impact our schools. And in one memorable case, someone even suggested that school people needed a punch in the face.”

He argued that there is need for stakeholders to become more involved and engaged in more meaningful conversations and seek out ways to meet the significant challenges that currently exist.

“Today, as you know, African-American, Latino, and low-income students stand far behind their peers in almost every indicator of school achievement,” he lamented.

He posited that affluent students were six times more likely to complete college than students with the lowest family income.

“Today, our young people rank 13th in the world in their college graduation rate. A generation ago, we led the world,” he said.

He listed three things that he would like to see educators lend their leadership support and focus on:

One — do more to ensure equity and excellence throughout the P-20 system.

Two — lift up the teaching profession and school leadership.

He said that part of the challenge today is to ensure that all students have access to great teaching and to great opportunities in the classroom.

He noted, however, that this will not happen unless teachers are provided with the necessary support.

Part of this support he contended was not only having well-paid educators but ensuring that they have the resources, are adequately prepared, have opportunities to lead, as well as making sure that faculties are from diverse background.

He argued that many teachers lack the language skills to communicate with students in their native language, and there is need for more diversity—racially and linguistically—among the teacher population.

He concluded that stakeholders must work together to create opportunity for all students which ultimately will determine the kind of economy, people, and country, the society becomes.

“Education is the path to equality and opportunity that is at the heart of the American dream,” he said.