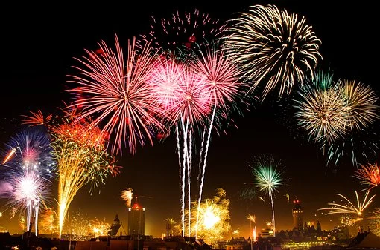 Everyone wants a Better New Year! Fair enough. And of course, if we are better (than we were), then the year will also be better.

How so? We think we are the ones reacting to a strange year. I think it’s mostly the year reacting and responding to the things we do.

However, it may be of no big deal since your prevailing beliefs will orchestrate and choreograph the year according to your beliefs.

Surely, you know life is not entirely independent of our beliefs. As such, there are interactive and participatory accommodations where words, thoughts, beliefs and actions conspire and concede to reward our outlook.

If you are asked, “What will it take to succeed in the New Year?”, the answer would not be, “It depends on what sort of year it turns out to be.” Simply, “My best”.

Which suggests instead of reacting, you are focused, resolved, and intentional in your attitude no matter what. That gets a positive and desirous response from life.

“And the cowards, if that’s what we are?”

Be a simple thing, I think, for the dings and dents to be avoided, or for a nightmare to be voided before a cock crows stamping time spent, or for regret to render it’s awesome if not awful truths. Namely, that in the arena of Unknowns there is only danger in inaction.

But to act, because others do- even as there is wisdom in a crowd- is to suspend your own inquiry of what or how the pregnancy of “if” would have given birth to, not just to something else, but to what’s innate to the Marvelous and Creative you.

So as a simple matter of many variables, confusion, passion and sincere skepticism, my own view turns towards intrigue in the event that,” What should I do?”, finds you or me at a crossroads. Déjà vu is a subtle insistent pattern that bears no malice even as it is impatient.

But recognizing the pattern even if it’s the first or only one is important, for we can interrupt the protective bushwhack by admitting that we opted to be in the company of hard school angels that miserable cowards waiting and hoping for the generosity of heaven even as our minds’ convulsions hatched our vandalism.

Heaven’s generosity, it seems, is no match for our repeating vandalism. And all of this in an environment where mercies are everlasting?

I wish my answers were all neat, or that Fishers of men could routinely cast their nets on this side or that and predict the bumper catch in advance. Nonetheless, in the simple Matter- even as others in the know say otherwise- bring your best. Again, and again, and yet again, bring your Amazing and Marvelous Best.