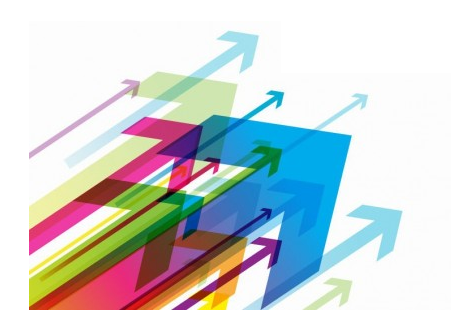 If a blind man is fed with a gold spoon, is he rich? If a thief makes off with a bag of gold is he worse off? I could say no to the first and yes to the latter, and elicit raised eyebrows. My answers are either a myopic view, a misunderstanding of what gold does for its owner and their delusion of grandeur or a capitulation to a status quo that is as inelegant with wealth creation schemes as it is blanket in condemnation of informal wealth transfer.

Right and wrong sometimes depend on how we think about information and the energy and anxiety we find in and around ourselves. Similarly, what it takes to transform our circumstances and invest in our own peace of mind, or even decide what a risk is, eludes us more often than not. In the midst of our blindness and our ingenuity to resource lack where no `Eureka `moment or even quixotic introspection is entertained, we are at best reading somebody else`s script or worse, not comprehending the essence.

I cannot prove, though I’ve come to accept, that what happens inside a man`s mind matters more than what his circumstances throw at him. We who are offsprings of a culture, which is enthused with sabotage as a valuable strategy for getting ahead, can’t be entirely dismayed that we are so good at it. We even sabotage ourselves. For instance, if I had known my own focus and perseverance and enthusiasm at a bewildering task were the only determinants to success, the frustration and second guessing on my part would have been unnecessary. Yet for somebody else doing the same task the list of determinants may be longer and may very well include factors outside of his or her control and environment.

The heart of this debate is not so much who is right but what is truth? Why should anybody even with our conditioning, which spans a large and varied spectrum, think that a gold spoon in the presence of unawareness is wealth or even potential? Let`s say the thief makes good his escape, an oxymoron at best, is he still pursued by the inadequacies of his circumstances or is he satisfied that he has done enough to transform the prevailing injustice against which he has struck a mighty blow?

Truth is material to an appreciation of the issues and how we view them. Gold spoon notwithstanding, the awareness of his abilities and his insistence that life will find in him a worthy champion may give us pause. We who had accepted his disability, prepared to offer generous alms and sympathy are confronted by a man who takes affront to the timidity and temerity of our conditioning. In essence, the blind man is leading the charge to see differently.

Blindness is not an excuse not to see, deafness does not exclude us from creating beautiful music, or hearing hurt, dumb is a challenge to harmonize voices, lame is a chance to involve the handicap and stealing sadly, dishonors the strength of our conviction. Stealing rearranges deck chairs on a ship. Whether it sinks or not, mutiny and walking the plank will destabilize and undermine its voyage.

We sometimes think if we identify a thief and remove him, a problem has been solved. Increasingly, we are spending more time and resource to incarcerate miscreants, mourn `senseless` loss and improve security. For that model, the outcome is not in doubt.

Nobody chooses to be blind physically, but blindness, in a sociological sense, is a choice that others have made (perhaps with good intentions), and with our acquiescence. Perhaps it’s cultural, or the energy in an aggrieved leader`s summation of an issue convinced us of a clarity that lights a path. Sadly a cul de sac is our lot. Yet, nothing is lost unless we assume we are victims.

We have seen crops planted near a lake wither and die, so proximity to resource is not the issue. Fields and farms far from the river can be irrigated with insight and commitment. Societies not naturally producing certain raw materials have still been able to do value added industries and become dependable suppliers to other countries far away, while some countries that produce the raw material cannot enter the value chain.

The disconnect is not lost on the many analysts we have engaged. And we hope and pray that next time we launch a project or cut a ribbon and announce a sizeable investment, we will be able to bring it to fruition, creating jobs, jobs, jobs. For that model, the outcome is not in doubt. By now, we ought to find simple and concise ways to reaffirm that our most valuable resource is our people, warts and all. Then give sustenance in a declarative manner to this idea.

This idea cannot be something we say, but something we do. At the core of our blindness and our thievery are insecurity and anxieties. We all have them, but some of us, susceptible to relapse, have managed to put some distance and a few paychecks between us and our ‘increasing’ vulnerability. When we witness people rising above their disability, their circumstances or challenging racism or prejudice with the strength of their conviction, we want to stand and applaud. We applaud not so much their bravery but their courage, for the fruits of courage have the sweetness to convince skeptics who were prepared to never yield.

We release more of our productive potentials when we become aware of what under-development is and how we unwittingly participate or collude in it. There are victims and benefactors to an adversarial way of looking at or designing an inefficient contact experience. Often we don’t know or can’t admit that the way we are championing or resorting to address our insecurities or our outrage for an injustice will give diminishing returns, both for us as individuals and as a society. Fortunately, the blind man who inspires us and the thief who realizes that he was robbing himself ,are the folks who will mold our country for good. We would be richer for the journey into our psyche and the worlds that we can create.