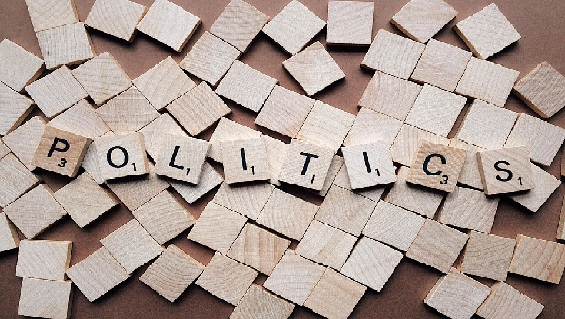 According to a recent poll conducted by Don Anderson, most Jamaicans believe that Bunting’s challenge for leadership was good for the People’s National Party (PNP).

Prior to the “events” occasioning Bunting’s challenge, I had surmised it was a “bad thing” from which no good could come even if Bunting prevailed in his leadership challenge.

Consider the matter this way. The sudden death of Dr. Winston Green, the PNP MP in South East St. Mary, resulted in a b(u)y election. The PNP’s Shane Alexis as the replacement posed a problem with his dual citizenship issues which were exploited negatively by the Jamaica Labor Party (JLP).

This was underscored by the fact that the governing party was also able to channel state resources unfairly to the constituency. JLP steals a win. PNP is demoralized and degenerates into internal fights.

Here’s the intriguing part of the next important play that the PNP misses: The ball bowled wide of the off stump doesn’t get the batsman to “play”, a cardinal violation for a batsman whose first rule is “to get to the pitch of every ball”.

The Vaz’s team, even before Dr. Bloomfield’s untimely death, was working the constituency by pitching the ball outside the off stump and the PNP was not understanding that a supposedly wide ball was going to be spun unsuspectingly to bowl the batsman who was lured into a trap.

Whether Dr. Bloomfield or someone else contested that seat for the PNP, the trap was set and unless the PNP had been moving its feet to the pitch of the ball, that wicket is sure to fall. It did. Lesson — get to the pitch of every ball.

So, the PNP lose two matches they should have won. And as we learn from schoolboy or pick a side cricket, captain win he stays, he loses he is challenged. But that is a dangerous mindset. It emphasizes individual talent over strategy, and by that, I mean — every member of the cricket team on the field is a captain in waiting, rather than a captain in training.

The captain’s job is to interpret plays and craft strategies to seduce and induce error and overwhelm the other team with stealth or wealth (of talent). Changing captains because you lose more matches than you win, doesn’t fix that problem.

In other words, fixing the what when you don’t know the why, is whistling in the dark. One must know why you are a loser before you can fix it and then become a winner.

So, the challenge was always on the cards, but if Mr. Bunting had been the new captain, the losing of matches would have continued apace. Why? Because the PNP isn’t examining the issues separate from personalities and talents.

One of the surprising truths about life is that you can have superior talents and brilliant minds compared to the team you are facing and still lose big time to the opposing team. That’s why we play games: to learn how to think. To understand your adversaries, to craft ploys and plays, to get insights into how A begets B and how a smiley C can upend A who is straight-jacketed. Know this too: you play games to understand who you are.

The challenge was a bad idea, but the alternative was damming, too. Hence the PNP’s crisis of what to do.

The thing to do in any crisis is to know who you are. Knowing who you are is the first step in solving a problem. Sounds crazy? It isn’t.

The PNP’s (and the JLP’s) job is not to win elections which have been their primary focus, it is to articulate policy ideas that the electorate can buy into, and that will translate into electoral victories. Winning for winning sakes will make you a loser.

What shall it profiteth a man to win (world) but lose his own soul? We end up with a paradise destroyed and rivers drying up. And a bag of excuses.

I remember coming home from cricket matches and Pops asking,” how was the match?” “We lost!” I said.

Pop’s response was always an infuriating grunt that I didn’t understand. It bothered me. Now when I lose a “match”, there is that inevitable grunt. It doesn’t just bother me. It demands introspection. Without understanding how minds work, yours more than the opponents and adversaries, you are in a leaky boat on the high seas with sharks circling.  The fact that you can’t swim may be an excuse for those ready to die. Sometimes we hold ourselves in high esteem as if a hungry shark wouldn’t eat the likes of a coward. But who knows, “lost at sea” may well read our epithet if there is a gravestone.

Changing captain when you cannot be a captain of your own leaky boat or improve it says a lot about who we are. Jamaicans can think the challenge was a good thing. Pops would only grunt.