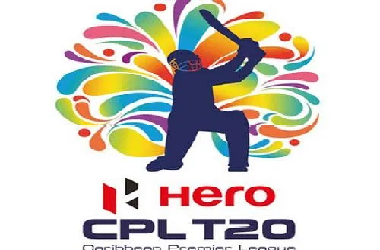 The Caribbean Premier League has been the first successful domestic T20 league in the post- COVID-19 era.

Credit goes to the CPL management, government, ground staff, medical paramedics, and players for the tournament’s success – no one tested positive for the COVID-19 between the games.

This year’s CPL was not as popular as the previous seasons due to the absence of crowds and limited stadiums.

The settings included cardboard audience and artificial crowd roar, but that didn’t improve the standard or the cricket quality.

CPL is known for its sixes and high team scores, but none of the teams had crossed the 200-run mark this year.

The pitches had become dead with wear and tear on the surface as the tournament progressed. This situation was expected as it is impossible to play 33 matches in only two stadiums with limited amounts of pitches on the grounds.

The Semi-finals was an example of how poor the pitches were. One team scored just 107, whereas the other was bundled out for 55 runs. These are very low scores in crucial knockout stages.

It was obvious that the players would be rusty after a long break of 5 months. Therefore, playing big shots did not come easily or immediately for players.

The pitches at Queen’s Park and Brain Lara Academy have suited batsmen using a long handle and power hitters. Player’s like Pollard, Russell, Narine, and Simmons were seen hitting big sixes at a strike-rate of 150+.

In contrast, players like Darren Bravo, Hemraj, and Shai Hope, who depend mostly on timing and placement, struggled to score boundaries and strike at 100-110.

It was alarming to see many batsmen scoring run-a-ball in a T20 match.

There was one team (TKR) that dominated the tournament. The other teams were fighting against each other to play in the final and face TKR. This clearly indicated the level of competition in this season was way below par.

No disrespect to the Trinidad Knight Riders, as they showed that age isn’t just a number. The average age in the team is 30 plus. Most of the players had the T20 experience by playing in different domestic leagues around the globe.

“With youngsters, you win matches, but with experience, you win tournaments.” TKR had justified that experienced team leads to CPL trophy. The trio of Pollard, Narine, and Bravo have been the pillars of TKR becoming the fourth time champion.

This CPL season, spinners have taken a lot more wickets than pacers. We have seen that the captains have backed spinners and bowlers with variations (who mixed up with slow balls) given the pitches’ slowness.

The Caribbean Islands have gained a lot of profit in tourism entities and marketing by conducting this tournament. It will boost the economy of the countries.

Overall, it was a good and short tournament in under one month.

All teams have cooperated and followed the Bio bubble protocols without violating the SOP’s.

Additionally, players displayed different celebration styles on and off the field, which was the icing on the CPL cake.