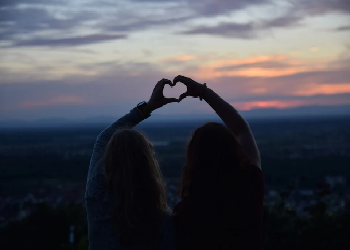 According to published reports, the Jamaican Government has reached out to the United States Government and other friendly jurisdictions around the world in a bid to increase the number of COVID-19 vaccines available for Jamaicans.

However, to date, the country is yet to win the favor of any of the developed countries.

“We have reached out to the United States — yes, to the highest office possible and through multiple channels — and we continue to reach out,” said Prime Minister Andrew Holness.

Meanwhile, the U.S. has donated millions of doses of the AstraZeneca vaccine to its neighbors, Canada and Mexico.

That said, the Jamaican Government is touting its independence and decrying the need for handouts.

“But Jamaica must get used to the idea that it stands on its own two feet and there is nobody from outside who is [obligated] to come and help us, nor should we expect them to. As prime minister, I don’t do that.

“What I am trying to get into the psyche of the Jamaican people [is]: Do not believe that anybody owes us anything. We are going to have to fight this on our own. So, don’t believe that there is anybody coming to give us anything because what this pandemic has shown is that parson going to christen him pickney first,” added Holness.

Frankly speaking, in a crisis situation such as it is currently with the COVID-19 pandemic plaguing the country, this type of posturing by Prime Minister Andrew ‘Brogad’ Holness is laughable.

If there is any a time to be on bended knees, with begging cap in hand, it’s now. This move, of course, is not because the country is given to mendicancy, but in local parlance, “raw meat seeks fire,” and by any means necessary, the Government should be seeking to get the COVID-19 vaccine for its people.

The fact of the matter is the Government does not have the resources to offset this plague on its own.

Now, if the United States claims that Latin America and the Caribbean fall under its sphere of influence or its purview in terms of its politics, shouldn’t it take responsibility to assist with this COVID-19 crisis?

If they were quick to invade Grenada in 1983 under the codename Operation Urgent Fury to avert a so-called dalliance with communism, how much more the demand for help is necessary at this time in Latin America and the Caribbean.

But, hey, don’t hold your breath; this is a different type of ‘infrastructure’ which demands “parson to christen him pickney first,” and though that may be true, the counter to that is equally valid — a friend in need is a friend indeed.