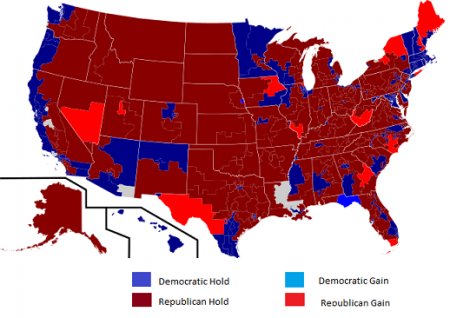 A lethargic Democratic Party took another shellacking from a do nothing Republic Party which captured control of the Senate thus ensuring them a firm hold on both the Senate and House – ultimately the control of Congress for the next two years.

Now, the question is: Will the Republicans give the people base or treble?

So far, except in parts, the utterances by leading members of the Republican Party have not been encouraging.

For example, prospective majority leader for U.S. Senate, Mitch McConnell in his first press conference has warned President Obama not to follow through with promised executive amnesty for the nearly 6 million illegal immigrants.

“I think the president choosing to do a lot of things unilaterally on immigration would be a big mistake,” he told reporters. “It’s an issue a lot of my members want to address legislatively. And it’s like waving a red flag in front of a bull to say, ‘If you guys don’t do what I want, I’m going to do it on my own.’”

“I hope he won’t do that,” McConnell continued, “because I think it poisons the well.”

Now, this is the same McConnell who has been quoted in the press some years ago as saying, “The single most important thing we want to achieve is for President Obama to be a one-term president.”

Vice President Biden, according to press reports then also noted to have said, “I spoke to seven different Republican Senators, who said, ‘Joe, I’m not going to be able to help you on anything,’ he recalls. His informants said McConnell had demanded unified resistance. “The way it was characterized to me was: `For the next two years, we can’t let you succeed in anything. That’s our ticket to coming back.’”

The fact is the Republicans have come roaring back after drubbing the Democrats 53-43 in the 2014 Senate races with the possibility of further wins.

With this landslide victory the Republicans are walking on water and champing at the bit to push through their own agenda, with the view, no doubt of claiming the White House in 2016.

Already, the hot-button issues include such things as national security, banking regulation, immigration, tax reform, trade, unemployment, keystone pipeline, and the environment. How the Republicans treat with these matters is yet to be seen.

However, one thing for sure, the President is not likely to bend over to the Republicans desires and has already made it clear by saying, “Congress will pass some bills I cannot sign. I’m pretty sure I will take some actions that some in Congress will not like.”

He also posited that unless Congress takes action by the end of the year, he will order a reduction in deportations of working immigrants living in the country illegally.

That said, it is obvious that interesting times lie ahead.

However, for the most part what occupy the minds of most Americans at the base level are jobs, education, and healthcare. Anything else is treble!