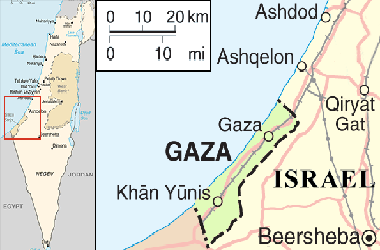 Since the eruption of the latest fight between Israel and Hamas and the death of over 200 people with most on the Palestinian side along with massive destruction of properties, world leaders have been appealing for a cease-fire.

Meanwhile, in the U.S. there has been a divided a call on the opposite side of aisle in Congress.

Senate Minority Leader Mitch McConnell, a Kentucky Republican, has accused Democrats in a floor speech of “pushing the false narrative that this conflict is a tragic dispute between two legitimate combatants where both sides share blame, but is roughly equal.”

McConnell called such a view “nonsense” and “an obscene moral equivalence.”

Additionally, McConnell noted that the U.S. President should give his unbridled support to Israel.

“The United States needs to stand foursquare behind our ally, and President Biden must remain strong against the growing voices within his own party that create false equivalence between terrorist aggressors and a responsible state defending itself,” McConnell said.

Top Republicans in recent days have also vocally backed Israel’s right to defend itself against a barrage of Hamas rocket attacks that began last week.

On the other hand, a group of 30 Democrats Monday called for a ceasefire, with some blaming Israel for using overwhelming force against the Palestinian.

Sen. Chuck Schumer, the majority leader, has also expressed support for a ceasefire.

At the same time, Sen. Tom Cotton, an Arkansas Republican, called the ceasefire demand, “tantamount to Hamas propaganda,” adding, “Both sides are not the same in this conflict, no matter what the Democrats naively imply.”

Schumer’s counterpart in the House, Speaker Nancy Pelosi, put out a statement backing Israel’s right to defend itself “against indiscriminate rocket attacks.”

But some in the progressive wing of the party are blaming Israel even though Hamas was the first to launch rockets.

Sen. Elizabeth Warren, a Massachusetts Democrat, called on the Biden administration to communicate to Israel that pushing Palestinians from their homes is “illegal and must stop immediately.”

Sen. Bernie Sanders, a Vermont independent and socialist who caucuses with Senate Democrats, tweeted, “The United States must speak out strongly against the violence by government-allied Israeli extremists in East Jerusalem and the West Bank, and make clear that the evictions of Palestinian families must not go forward.”

“The United States needs to stand foursquare behind our ally, and President Biden must remain strong against the growing voices within his own party that create false equivalence between terrorist aggressors and a responsible state defending itself,” McConnell said.

Cotton called on Biden to cut off funding to the Palestinian authority until it could be assured none of the money would be spent on funding rockets aimed against Israel.