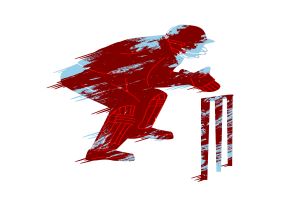 The West Indies headed to Sri Lanka on the back of a disastrous ICC T-20 World Cup.

The team entered the tournament as returning champions but left as tournament pretenders after finishing the group stage with just one win out of their five matches and fifth in the table.

Fans were optimistic that a young test team could perform well against an inconsistent Sri Lanka team that ranked seventh in the Test rankings, just ahead of the Windies in eight.

Sadly, despite a few creditable performances, the team wilted in the Asian heat and now leaves the management searching for answers after getting dominated.

Below are the positives and negatives of this disappointing series loss.

Spinners Show Potential Potency — one of the few positives from this series is that the coaches can see a potential breakthrough in the performance of their spinners.

On the spinner-friendly Asian wicket, the trio of Veerasammy Permaul, Roston Chase, and Jamel Warrican took a combined 25 wickets.

Chase’s landmark moment in the series was when he tallied five wickets for 83 runs in the first innings of the first match.

Chase generated enough turn from the surface to induce faulty stoke play leading to 4 dismissals where the ball found a Windies fielder and another to lure the batsman out of the crease and stumped by the wicketkeeper.

Warrican picked up wickets at intervals during the series, and his best performance was a 4 for 30 performance in the first innings of the second test.

He demonstrated the ability to pitch the ball in the right area getting Angelo Matthews bowled, an lbw, and a caught behind to the wicketkeeper.

The pick of the bowlers was perhaps Permaul, who just played the second test match and yet picked up eight wickets.

He had a tremendous performance in the first innings alongside Warrican, which restricted the Sri Lankans to just 204 runs.

Permaul showed great control and the ability to generate turn off the pitch, and the potential to be a first-choice selection in future series.

Nkrumah Bonner — the Windies’ batsmen, were a disaster in this series, but Bonner was the best player in the lineup.

According to espncricinfo.com, Bonner scored 148 runs in the two matches with an average of 49.33 and a half-century. Bonner failed in the first innings of the first match but proved his mettle with a well-played 68 runs in the second innings.

He shared in a century partnership with Joshua Da Silva that allowed the Windies to recover from an embarrassing 18-6 to end with a respectable total of 160. Bonner batted right through to the end despite the nightmare collapse at the other end.

The right-handed Jamaican batsman also showed the ability to get good starts in the 2nd match scoring 35 and 44 runs in his innings. As the number 3 batsman, he occupied the crease facing 95 and 143 deliveries in the respective innings.

However, if Bonner wants to become a top-ranked batsman, he must convert good starts into centuries.

Disastrous batting against spin the West Indies once again showed they were incapable of playing good spin bowling in this series.

Ramesh Mendis won the player of the series after mesmerizing the Windies batsmen with his spin bowling.

Mendis finished the series taking 18 wickets, conceding just 275 runs and at a low average of 15.27.

The other spinner, Lasith Embuldeniya was equally devastating and led to 13 wickets, the second-most in the series.

The West Indies coach and management must improve the lineup’s ability to negate quality spinners if the team is to become a respectable test-playing nation.

Penetrative fast bowling — the pitches were suited for spin bowlers, but the fast bowling was not good enough in these conditions.

The combination of Roach, Gabriel, and Holder took a combined 3 wickets in the series. The West Indies’ great fast bowlers were less effective in Asian conditions, but they were never neutralized and considered non-factors.

The current bowlers failed to show their ability to adapt and extract something from the pitch using reverse swing with the old ball.

The series revealed the need for fast bowlers in the region to have a plan B in these conditions not conducive to swing and seam movement.

Killer Instinct — in the second test, the Windies were in a strong position after bowling the Sri Lankans out for 204.

However, the batters could only give the team a slender lead of 49 runs. However, after having the Sri Lankans reeling in the second innings at 221 for 8, the West Indies relented a stranglehold on the game by allowing their opponents to score an additional 124 runs for the ninth wicket stand. Then, the Windies folded in the run chase for only 160 runs.

Yes, the Windies had a first-innings lead but failed to press home the advantage. It has been a recurring problem for the West Indies in recent years, and it appears to be a problem for this team.

The management must help the players capitalize on winning positions, and perhaps the narrative could have changed if the series ended 1-1.