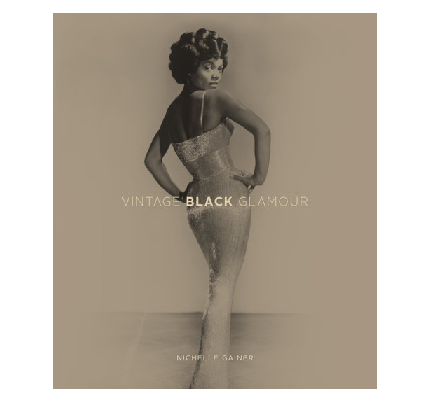 “The artistic image is not intended to represent the thing itself, but, rather, the reality of the force the thing contains.”

— James Baldwin, Nobody Knows My Name

In a review of the book entitled, “A Century of Black Glamour In This Fine ‘Vintage’ ,” Richard Torres provides an interesting insight. He writes thus:

The force is strong throughout Nichelle Gainer’s Vintage Black Glamour, a carefully curated collection — packed with historical sketches and political commentary — of photographs spanning nearly a century of black beauty and style.

Vintage Black Glamour began with a visit to Harlem’s Schomburg Center for Research in Black Culture. Gainer was researching a novel about black beauty contestants in the 1950s; leafing through magazines like Jet, Tan, Hue and Our World, she was surprised to see young African-American women getting the same breathless media coverage as today’s stars. “I knew about Dorothy Dandridge and Lena Horne, but who knew that there were so many other Negro starlets nipping at their heels?” she writes.

Inspired by these photos — both Dandridge and Horne get their due — as well as the remarkable lives of two of her aunts, model Mildred Taylor and performer Margaret Tynes, Gainer began in January 2011 to compile the images (and just as importantly, the stories) on a Tumblr called Vintage Black Glamour.

Now out in book form, Vintage Black Glamour is divided into ten sections ranging from “Tall, Tan & Terrific” to “Foxy Mamas & Disco Queens.” In each section, Gainer — expertly blending black and white photos alongside color — places the unfamiliar beside the famous, making sure to grant each their due. For example, in the chapter on “Scandalous Glamour,” the feline Eartha Kitt prowls alongside Bricktop, the American-born performer and entrepreneur of an eponymous Parisian nightclub, male impersonator Gladys Bentley and Acquanetta, who during her Hollywood sojourn claimed to be a Wyoming-born member of the Arapaho tribe (but was actually Mildred Davenport from Norristown, Penn!).