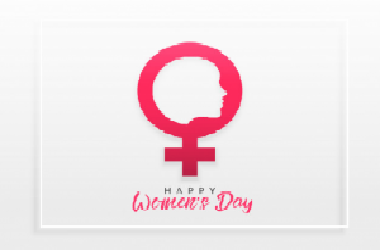 As the U.S. marked International Women’s Day (IWD) on March 8, the country has much to reflect on as it goes forward into its latest general election cycle in 2020.

The IWD’s celebration platform theme is “I am Generation Equality: Realizing Women’s Rights” with the appeal of “an equal world is an enabled world.”

The day celebrated for over a century is a global day celebrating the social, economic, cultural, and political achievements of women.

However, in the U.S., one could conclude that the day is marred by the exit of five women from the Democratic race for the nomination to run against President Trump in the November 2020 general election.

Senator Elizabeth Warren, the fifth of six accomplished women to participate in the nomination process, made her exit on Thursday, thus leaving 77-year-old Joe Biden and 78-year-old Bernie Sanders, two old white men as the major contenders for the nomination.

Warren, after a strong showing earlier in the race, was not only hounded and over analyzed by pundits but also got bad raps from a predominantly male occupied press.

She attracted massive crowds throughout her campaign and was the toast of town hall meetings. Her debate performances were better than most of the contenders, and she gained the reputation of sinking former Mayor of New York Michael presidential ambition. Her organization was second to none. She developed plans, a strategy, and a message. Yet when voting started, she not only lost, she lost ‘bigly.’

“The best candidate of them all had to quit noted,” former tennis star Martina Navratilova in a tweet via Twitter. “She had a plan for everything with one major thing missing — the ‘right’ sex… Let’s be real. This is not playing the gender card; it’s just a fact.”

House Speaker Nancy Pelosi (D-Calif.) told reporters, “Every time I get introduced as the most powerful woman in the United States, I almost cry because I’m thinking, ‘I wish that were not true.”

She added, “I so wish we had a woman president of the United States, and we came very close to doing that, a woman who was better qualified than so many people have sought that office and even won it.”

She further said that she believes there is “a certain element of misogyny,” preventing women from rising.

The truth is the political establishment and the press are uncomfortable with women playing the first fiddle.

Consequently, it must be said that women are judged at a higher standard, and once winning is in play for them at the political game, it’s inevitable that sexism and unconscious gender bias will take over.

So, at this stage, one is not sure the current generation will see a woman assuming the highest office in American politics.

The fact is from 1788 until now is a very long time to exclude women from the highest office in the land.

However, hope springs eternal, and the enlightened women will tell you, the struggle continues.