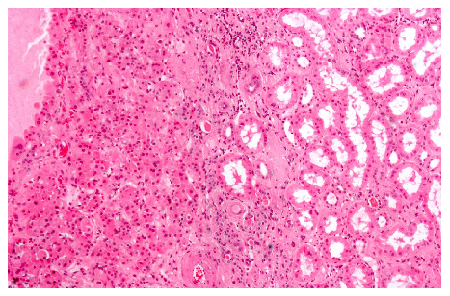 According to newsday.com, the largest kidney tumor in the Western Hemisphere and second largest tumor in the world was recently removed from a 52-year-old man by doctors at the Southern Medical Clinic in San Fernando, Trinidad and Tobago.

The tumor is said to have weighed eight pounds.

The report noted that the largest kidney tumor ever successfully removed in the world was from a patient in a New Delhi Hospital at The All India Institute of Medical Sciences (AIIMS) in India. That tumor weighed 11 pounds.

In addition, Anesthetist and Intensivist Dr. Peng Ewe played a supporting role in ensuring the positive outcome of the surgery.

The team was also ably supported by scrub nurse and head operating theatre nurse, Susan Maharaj, and her team comprising Moncy Mathew and the staff of the theatre.

Dr. Sawh reportedly told the press before the surgery that the patient did not display many symptoms.

“He had pain in his back due to the size of the tumor and lost weight, he also looked like how a pregnant woman would look,” Sawh reportedly said.

He also said it was a challenging procedure, given the fact that the massive tumor was pushing against the patient’s organs to facilitate its growth, and moreover was close to a major blood vessel.

“Usually when a tumor grows, it pushes the heart and lungs to one side and the intestines as well. There was a major blood vessel next to the tumor from which it fed and it was extremely tense…with one little nick, he could have died,” Sawh further told the press.

The doctor disclosed that this was the first time in his 35-year career that he asked a patient to sign a form indicating he may die on the operating table.

“He was very brave and he had a very supportive wife, who never left his side,” Dr. Sawh also said.

The man spent one day in the Intensive Care Unit, was later transferred to the regular ward, and then discharged from hospital three days after the tumor was removed. He is now at home recovering.