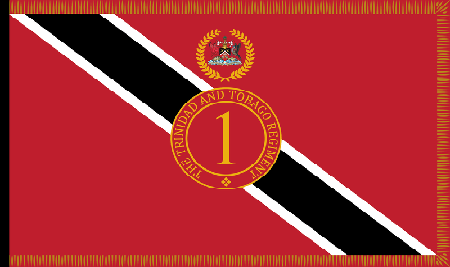 Trinidad and Tobago officially referred to as the Republic of Trinidad and Tobago, is a twin island country located off the northern edge of the South American mainland, near the coast of northeastern Venezuela and 81 miles south of Grenada.

Trinidad was a colony of Spain until the British arrival in 1797. During the same period, the island of Tobago changed hands among Spanish, British, French, Dutch and Courlander colonizers, more times than any other island in the Caribbean.

The dual-island was ceded to Britain in 1802 under the Treaty of Amiens, and it obtained its independence in 1962, becoming a republic in 1976.

Trinidad and Tobago is the third richest country by GDP (PPP) per capita in the Americas after the United States and Canada. Additionally, it is recognized as a high-income economy by the World Bank.

The country’s wealth is based on an industrialized economy derived from its large reserves and exploitation of oil and natural gas.

Now, if you are looking for a fascinating and interesting country to visit this Spring break, Trinidad and Tobago may just be the right place for you.

The following are just seven wonders of the country that one is bound to find enlightening:

Trini to the Bone

1. The Trinidad Moruga “Scorpion” Pepper has made it to the Guinness Book of Records as the world’s hottest pepper. The New Mexico State University’s Chile Pepper Institute has identified the Trinidad moruga scorpion as the hottest chili in the world, with a mean heat of more than 1.2 million Scoville heat units and individual plants with a heat of more than 2 million SHUs.

2. In a poll of 90 global accents, Trinidadians accent ranked 10th among sexiest accents in the world. Fans viewed Trinidadians speaking style as one that “offers an undulating, melodic gumbo of pan-African, French, Spanish, Creole and Hindi dialects that, when adapted for English, is sex on a pogo stick.”

3. The Pitch Lake is the largest natural deposit of asphalt in the world, located at La Brea in southwest Trinidad, within the Siparia Regional Corporation. The lake covers about 40 ha and is reported to be 75 m deep. Pitch Lake is a tourist attraction that attracts about 20,000 visitors annually.

4. Brain coral is a common name given to corals in the family Mussidae, so called due to their generally spheroid shape and a grooved surface which resembles a brain. Trinidad and Tobago boast the world’s largest piece of brain coral, measuring 10 feet by 16 feet; this sea gem can be found at the popular diving and snorkeling spot in Speyside.

5. The country’s Main Ridge Forest Preserve is the oldest protected rainforest in the Western Hemisphere. It is home to a rich and lush flora and fauna; it is estimated that the rainforest provides habitats for twelve to sixteen species of mammals out of the nearly ninety mammal species in the Caribbean region, twenty-four non-poisonous snakes, sixteen lizards and two hundred and ten species of birds, the most outstanding being the bird species Campylopterus ensipennis – the White-tailed Sabrewing Hummingbird – that is both rare and endemic to Tobago.

6. Trinidad is home to the largest Carnival in the Caribbean, which consistently ranks in the top 10 of most coveted events in the world.

7. The Savannah located in Port of Spain in Trinidad and Tobago holds the title for having the world’s largest roundabout. It is lined with large beautiful samaan and poui trees and is the country’s major recreational park. The Savannah is surrounded by many interesting attractions such as the picturesque Hollows, Botanic Gardens, Emperor Valley Zoo, National Museum, and the National Academy of Performing Arts.