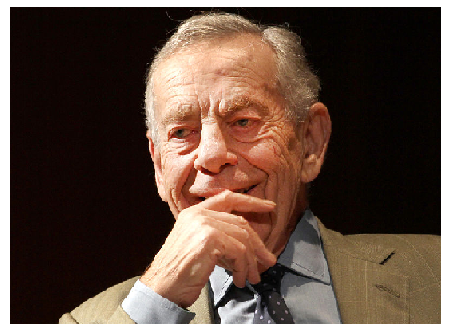 Morley Safer, a pillar of broadcast journalism and an outstanding member of CBS’ 60 Minutes team for nearly five decades, died on Thursday. He was 84.

Safer joined 60 Minutes in 1970 after working for CBS News in other capacities for about six years. In his 46 years on the venerable program, he has filed more than 900 reports.

He helped change Americans’ perception of the Vietnam War in 1965 with an eye-opening report about the torching of the village of Cam Ne.

Safer started with CBS News in 1964. He announced his retirement in May at the end of his 46th season with 60 Minutes; his last piece for the newsmagazine, a profile of Danish architect Bjarke Ingels, had aired two months earlier.

“After more than 50 years of broadcasting on CBS News and 60 Minutes, I have decided to retire. It’s been a wonderful run, but the time has come to say goodbye to all of my friends at CBS and the dozens of people who kept me on the air,” Safer said.

“But most of all, I thank the millions of people who have been loyal to our broadcast.”

According to 60 Minutes executive producer Jeff Fager, “Morley has had a brilliant career as a reporter and as one of the most significant figures in CBS News history, on our broadcast and in many of our lives.”

“Morley’s curiosity, his sense of adventure and his superb writing all made for exceptional work done by a remarkable man,” he also said.

Safer’s August 1965 piece from Vietnam, in which he witnessed and reported on a U.S. Marines mission that destroyed the village of Cam Ne with flame throwers, matches and cigarette lighters, aired on the CBS Evening News With Walter Cronkite.

The segment prompted the U.S. military to issue new rules of engagement and earned the wrath of members of the Lyndon Johnson administration, who called CBS News executives “unpatriotic” and accused Safer of being a communist.