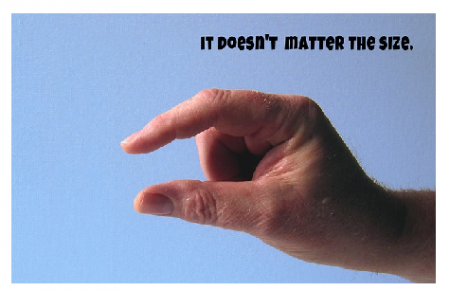 While the average penis size (erect) is between 5 and 6.5 inches, 0.6% of the male population only has a penis size (erect) of less than 2 inches. Yep, two. The term is appropriately called ‘micropenis’ and can be caused from a multitude of factors related to growth hormone deficiencies. This disorder not only makes sexual intercourse difficult but also can cause major psychological and social problems.

Symptoms include persistent and vivid sexual fantasies and urges including the desire to engage in unsafe sexual behavior with numerous partners, regardless of the physical or emotional harm that can occur as a result.

Sexsomnia is characterized by having sex while sleeping – seriously. The subject is completely unaware of what they’ve done upon awakening. Those with sexsomnia have also been known to sleepwalk and engage in sex with strangers.

For men, a constant state of arousal is referred to as priapism. This can be a painful medical condition in which the penis remains erect even without physical or psychological stimulation for over four hours. The two types of priapism are low-flow and high-flow.

This disorder is basically the women’s version of priapism. It’s also commonly known as restless genital syndrome and involves persistent and uncontrollable genital arousal in women.