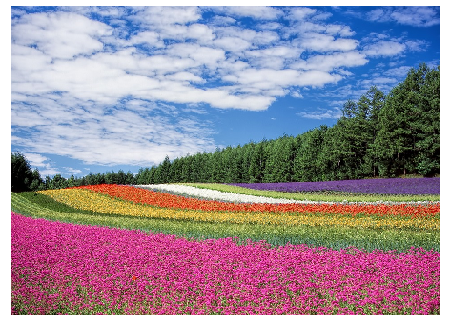 The world is a book, and those who do not travel read only a page.

Here are 5 of the top countries selected for one to travel and explore this year. Democratic, progressive, enlightened – but above all, invigoratingly wild. The story of Botswana’s journey from poverty to become one of Africa’s most stable, thriving societies is inspirational; the country celebrates 50 years of independence in 2016, and there’s a lot for it to shout about, not least the way it has balanced economic growth with protecting its natural riches. Prepare for a severe case of slack-jawed-with-awe syndrome when you visit. Japan. It might be number two in this year’s rankings, but it’s always number one for travellers in search of an otherworldly experience. Nowhere else on earth exemplifies that dog-eared ‘modern yet ancient’ cliche like the Land of the Rising Sun. Tokyo’s successful bid to host the Olympics in 2020 has raised the temperature of a feverish city amid a blur of new development, but beyond the suburbs Japan remains as elegant and enticing as its graceful wooden temples. The ‘best idea’ America ever had turns 100 next year – the National Park Service, which oversees the country’s 59 national parks and hundreds of historic landmarks, celebrates a centenary of safeguarding Yosemite, Yellowstone, Badlands, Zion, and the rest. So lace up your hiking boots and set foot in the miraculously well-managed 340,000 sq km network of surreal and spectacular landscapes it defends, from earth-rending canyons to alligator-infested swamplands to belching geysers. It’s a national triumph. Palau is unquestionably one of the most magical diving and snorkelling destinations in the world – and it’s fighting to stay that way. This far-flung Pacific archipelago has turned 100% of its marine territory into a sanctuary in a bid to protect what has been dubbed a ‘Serengeti’ of the sea. Excessive face mask-wearing might leave you with a temporary red mark, but the fish, coral, and other critters in these nutrient-rich waters will leave you truly goggle-eyed. It’s taken Latvia 25 years to shrug off the fetters of Communism, but this Baltic treasure looks ready to shine for its silver anniversary. The country is resuscitating ancient traditions, restoring crumbling castles and manor houses hidden in its pine forests, and transforming its once stodgy cuisine into cutting-edge New Nordic fare. Seductive Riga, meanwhile, has built on its reign as a European Capital of Culture with improved infrastructure and a round of renovations as its population continues to grow.