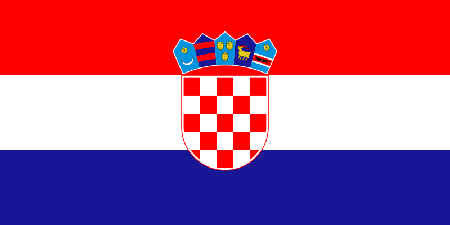 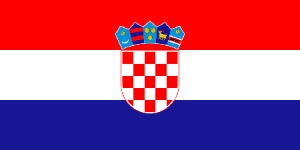 Croatia is sited in Eastern Europe and maintains a long coastline along the Adriatic Sea.

It covers over a thousand islands and is crossed by the Dinaric Alps.

Its inland capital, Zagreb, is marked by its medieval Gornji Grad (Upper Town) and various museums.

The fact is Croatia packs a hefty punch when it comes to attractions for both tourists and locals.

Croatia boasts sites that cover a wide range from historical architectural and religious significance to famed ecological points of interest and museums.

Five of the many fantastic places that one must see on any visit to Croatia are:

The park boasts a chain of 16 terraced lakes joined by waterfalls that extend into a limestone canyon.

Walkways and hiking trails wind around and across the water, and an electric boat links the 12 upper and 4 lower lakes. The latter is the site of Veliki Slap, a 78m-high waterfall.

The lakes range in distinct colors from turquoise to blue, green, and gray.

This beautiful natural setting is said to be one of the wonders Croatia and by extension all of Europe.

In 1979, the park was inscribed on the UNESCO World Heritage List.

Nicknamed the “Pearl of the Adriatic,” the old city of Dubrovnik is one of the prominent places to visit in the Mediterranean.

Just outside the Old Town are famous beaches like Banje and Lapad while the nearby island of Lokrum offers even more beaches.

Zadar, a city on Croatia’s Dalmatian coast, is known for the Roman and Venetian ruins of its peninsular Old Town.

This three-thousand-year-old city situated on a beautiful coastline has a rich history and is a tourists’ magnet.

As a tourist getaway, it offers plenty to see and do — fantastic attractions such as Roman ruins, medieval architecture, numerous old churches and a coastline of beautiful beaches for sunbathing, swimming, and relaxation.

There are several Venetian gates in the city walls. Surrounding the Roman-era Forum is 11th-century St. Mary’s Convent, with religious art dating to the 8th century.

This seafront city is located on the tip of Croatia’s Istrian Peninsula.

It is known for its protected harbor, beach-lined coast, and Roman ruins.

Settled in the prehistoric era and valued for its strategic location, Pula has been occupied, destroyed, and rebuilt numerous times.

The Romans, Ostrogoths, and Venetians, as well as the Allied Forces in World War II have each administered the city.

This popular tourist destination has been attracting visitors over the years going as far back as ancient Roman times when fans flocked to the city’s amphitheater to watch gladiator fights.

Split, a town on Croatia’s Dalmatian Coast, is known for its beaches and the fortress-like complex at its center, Diocletian’s Palace, erected by the Roman emperor in the 4th century.

This ancient city is the largest on the Dalmatian Coast and Croatia’s second largest city.

Once home to thousands, its sprawling remains include more than 200 buildings.

Within its white stone walls and under its courtyards are a cathedral and numerous shops, bars, cafes, hotels, and houses.

Split is especially famous for its beaches and Roman ruins, notably Diocletian’s Palace, which lies in the heart of Split’s Old Town.