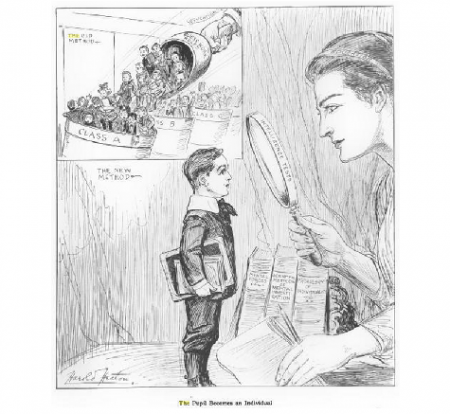 In psychology, research literature defines child prodigy as a person who under the age of ten produces extraordinary work far beyond the level of an adult performer.

Throughout history there have been children who not only accomplished extraordinary academic feats but also performed great acts that baffle the mind.

So, as the new school year begins, the time is right to reflect on five of the world’s top child prodigies below:

Sho Timothy Yano, a child prodigy if ever there was any. He is thought to have had one of the highest IQs in the world – an impressive 200 points. Yano is said to begin reading by age two, writing by age three, playing classical music on the piano at age four and composing by age five. He scored 1500 out of 1600 on the SAT at age eight.

By age nine, Yano was taking university level courses at Loyola University Chicago in topics like writing, biology, math and chemistry and completing research on a wide range of topics. By 12 he had graduated and was on to the Medical Scientist Training Program at the University of Chicago to work on his MD and PhD in molecular genetics and cell biology.

At age 18, Yano had completed his PhD and today is a pediatric neurology resident at the University of Chicago.

Stephen was no ordinary kid. At age 13 he was one of the youngest students to study at Moore House College in Atlanta.

His level of performance at the primary level was way beyond that of his peers, thus his move to More House College where he is pursuing a triple major in pre-med, mathematics and computer science.

He is also a talented classical pianist and is said to have started playing the piano at the age of two.

Stephen has made the list of “The World’s 50 Smartest Teenagers.”

Smith, one could say was born smart. At 14 months he was already reciting books, and at 18 months was completing math problems. He finished his elementary school education in only a year, high school in two and received a four-year scholarship to Randolph-Macon College at the age of ten.

At 16 years old, he enrolled at the University of Virginia to study for doctorates in mathematics, aerospace engineering, international relations and biomedical research.

For Smith it’s not all about studying as he also goes globetrotting as a peace and children’s rights activist. He founded the International Youth Advocates, an organization that promotes principles of peace and understanding among young people like him. He’s also met former President Bill Clinton and Former Soviet Union leader Mikhail Gorbachev. For his humanitarian efforts, he was nominated for the Nobel Peace Prize at the age of 12.

Carlson was truly a whiz kid. He taught himself how to read as a toddler. He was reading books on his own at age 2 and already taking college level classes at UConn when he was only 9 years old. He officially enrolled at the university at age 11, after graduating from Stanford University Online High School.

Carlson at 13 years old held a 3.9 grade point average as a dual-degree honors student in ecology & evolutionary biology as well as environmental studies.

The average age at which individuals take the bar exam in California is 30.

After passing the bar, Holtz worked for the law firm TroyGould.