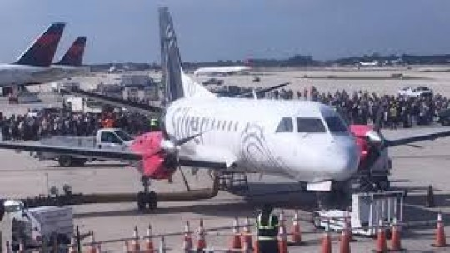 The latest report says five persons are dead and another eight persons wounded.

According to press reports, the Fort Lauderdale Airport tweeted that the incident occurred at a baggage claim inside Terminal 2.

Passengers and workers were seen running everywhere soon after the gunman pulled the trigger.

Former White House press secretary Ari Fleischer tweeted that he was at the airport at the time of the shooting and “everyone is running.”

He later tweeted that “all seems calm.”

The gunman has been taken into custody, according to latest news reports.

All services at the airport have been reportedly suspended.

Traffic to the airport is being diverted, and some flights scheduled to arrive in Fort Lauderdale are being diverted to the Miami International Airport.