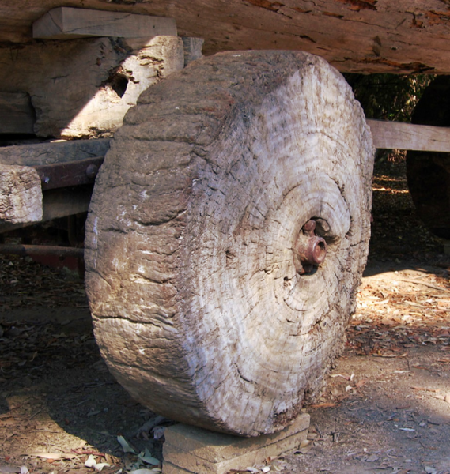 Many people think the wheel was one of the most important inventions in the world, but the wheel itself is an easy concept. Anyone can see that a round object is needed to ease loads, but that’s not the tricky part. The tricky part is keeping a flat, stable surface balanced on it without that surface moving.

This dilemma is what kept “the wheel” from being invented until the Bronze Age. While we don’t know who invented the axle, their brilliance is the platform on which many of our modern inventions are based on. Everything from wheelbarrows and wagons to our cars and trucks all requires an axle or two to keep things running smoothly.

Nails are so ubiquitous we hardly think of them now, but at one time they were so valuable that they could be used as a form of currency. The nail has existed since Ancient Egypt and was once made by hand. Each nail was cut from iron and then eventually steel and given a head and a point.

Despite being invented thousands of years ago, nails are still critical to our daily lives. Whether they are helping to hold up the building you live in or the furniture inside, our world would look radically different if we didn’t have this small but useful product.

After the nail and the wheel, you might think the next invention on our list would be another very early creation, but the printing press wasn’t invented until the 1400s. Before then, books were laboriously copied by hand, and the few books that did exist were incredibly expensive, reflecting the effort it took to make one. The printing press made it possible for books to get into the hands of the masses, changing how information was transmitted around the globe.

Through the printing press, we enjoy the ability to read books, newspapers, magazines, and other print. In fact, without this early invention, later inventions like the computer might never have been thought of.

For millennials, a concept like a world before the Internet probably conjures up images of the Dark Ages, but it wasn’t all that long ago that the internet came into existence. In fact, while the Internet has existed in a limited format since the 1950s, the Internet as the “world wide web” we know today didn’t exist until 1991.

The concept of the Internet as a web, where everyone can share information and learn from each other, has changed everything from how we shop to how we learn. It is one of the most amazing and flexible inventions of all time.

Who knows what the future will bring, and what the next great invention will be that transforms our whole world the way these inventions impacted us.

There is no doubt that as a species, we are limitless, and these 4 inventions are proof of our creativity and innovations.