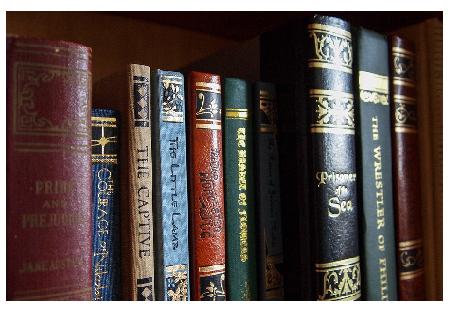 When I get a little money, I buy books. And if there is any left over, I buy food. — Desiderius Erasmus, Dutch Renaissance scholar and theologian Kenneth R. Samples, theologian and scholar of reasons.org, boasts a personal library of between 3,000 and 4,000 books. He said reading books has been one of his obsessions since his early college days. This he argued has served him well in cultivating a mindset that mattered in serving the Lord.

According to Samples, if he had to live on a deserted island, he would need to take the following three timeless books with him:

These books also would be his top recommendations for any serious thinker trying to grapple with the claims of Christianity.

C.S. Lewis (1898-1963), was a lay Anglican theologian, versatile Christian apologist, and “Oxbridge” literary scholar. According to Samples, Lewis was perhaps the most important conservative Christian thinker of the twentieth century.

He also said Lewis’s work Mere Christianity, published in 1952, is the first Christian book he read and its impact on his thinking has remained powerful.

Samples argued that Lewis with his lucid style and single-minded focus is on point in explaining and defending Christianity’s central truth-claims, the very essence of the faith.

He stated that knowing the core elements of historic Christianity and being able to articulate them with clarity to believers and nonbelievers alike can help all Christians fulfill their God-given role in drawing others to follow Christ.

That said, Samples posited over the years he has come to disagree with some of the theological positions Lewis held, but Lewis certainly deserves respect for his clear, insightful, and courageous witness for the Lord Jesus Christ.

“I am grateful to Lewis for his careful discussion of such issues as the triune nature of God, the Incarnation of Christ, and the moral argument for God’s existence,” noted Samples.

Samples said the French thinker Blaise Pascal (1623–1662) accomplished much as a mathematician, physicist, inventor, and an intuitive Christian thinker and apologist, in spite of his short life span.

He noted that Pascal had been preparing a book on Christian apologetics when he died prematurely at 39.

Pascal’s unfinished apologetics work (consisting mainly of a series of organized notes, outlines, and fragments) was published subsequently under the French title Pensées (pronounced “Pon-sayz” and roughly translated “Thoughts”). While Pensées is more of an outline than a complete book, the content is so compelling it remains a perennial bestseller.

Samples argued that Augustine of Hippo (354–430) could be said to be the most influential Christian thinker outside those of the New Testament.

According to Samples, history knows Augustine as a theologian, philosopher, church bishop, and a gifted and tenacious defender of orthodox Christianity.

He also said that Augustine was a prolific classical author who wrote more than 5 million words, with three of his works becoming both Christian and literary classics of Western civilization.

Confessions is Augustine’s best known and most popular book.

In addition, he said Confessions chronicles Augustine’s intellectual, moral, and spiritual pilgrimage from paganism to Christianity.

The book’s title can be understood in a triple sense, said Samples: Augustine’s candid and contrite confession of sin, his sincere confession of newfound faith, and his thankful confession of the greatness of God.

The book is written in the form of a prayer to God (similar to the Psalms); Confessions also serves as thought-provoking devotional literature, he noted.

He further noted that Augustine quotes and expounds the Scriptures throughout and suffuses the text with profound theological, philosophical, and apologetic insights.

He posited that the book may really be about every human soul’s search for God.