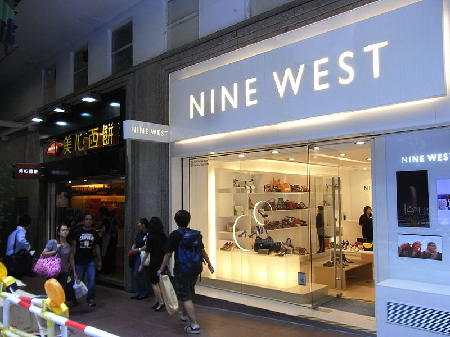 In law, a corporation is viewed as an artificial person with rights to enter into contracts, make loans, borrow money, sue and be sued, hire employees, own assets, and pay taxes.

Corporations enjoy most of the rights and responsibilities that an individual possesses.

Now, on the cusp of the Christmas holiday season, there are many retailers who are in a dire strait financially and except for a turnaround, this holiday season may find their business going belly up or fall into bankruptcy.

Three retail stores that must be looking forward to seeing Santa Claus this Christmas are: Who would have thought that this 131-year-old department store would be in such dire financial strait after so many years in business?

The company is said to have lost more than $10 billion in recent years, and it warned in March that its ability to keep operating is uncertain.

This iconic department store chain has continued to struggle to compete with major online stores such as Amazon.

“Our historical operating results indicate substantial doubt exists related to the company’s ability to continue as a going concern,” Sears Holdings said in a filing with the Securities and Exchange Commission earlier this year.

As of August 2016, it operates more than 450 retail stores throughout the United States. The company conducts its business through retail, factory, crewcuts, Madewell stores, catalogs and online.

However, a recent restructuring effort has put the company at odds with its creditors. According to S&P Global Ratings, J. Crew’s term-loan lenders now stand to recover as little as 15 percent in a bankruptcy.

The company’s total debt was at $1.7 billion as of Oct. 28, up from $1.5 billion a year earlier. Despite extending the most near-term maturities, the company’s liquidity remains “less than adequate” and its capital structure is “unsustainable in the long run,” S&P analysts wrote in a report upon completion of the deal.

Crew’s latest quarterly results have shown that except for a few brands the company’s flagship chain continues to sputter.

The company’s same-store sales fell 12 percent in the period, compared with a 9 percent drop a year earlier.

The company is set to close about 50 stores this fiscal year.

The 40-year-old brand founded by the late designer Vince Camuto is facing retail extinction as the remaining 25 stores across the country — down from about 227 a decade ago — appear to be on limited time.

Shoe and clothing maker Nine West has one of the highest leverage ratios in the retail industry.

In January, its debt load was about 18 times its adjusted earnings, according to Moody’s.

Bondholders have been working with advisers since at least September to come up with a financial rescue plan, but analysts say the company is most likely heading toward a distressed exchange or restructuring.

“The company’s leading position in the U.S. footwear and accessories market is eroding, given the marketing missteps and the quality and fit issues with some of its key brands,” Suyun Qu, an analyst at S&P Global Ratings, said in an August report.

She also added that the high debt ratio and money-losing operations are “likely to drive Nine West toward a debt restructuring or exchange over the next year.”