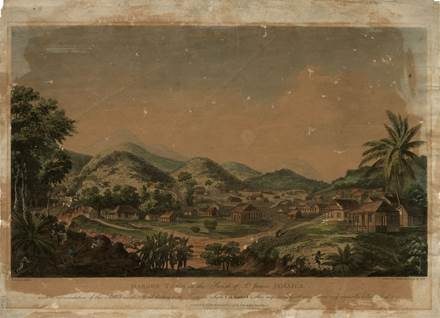 The Jamaican Maroons are descendants of Africans who escaped from slavery on the plantations in Jamaica.

They escaped into the mountainous interior of the island to establish free communities.

They ran away from their Spanish-owned plantations when the British took the Caribbean island of Jamaica from Spain in 1655.

The word maroon comes from the Spanish word ‘cimarrones‘, which meant ‘mountaineers’.

Today, many stories are told about the military exploits and skills of the Jamaican Maroons who fought against the British in order to maintain their freedom.

A few of the prominent fighters and leaders among the Jamaican Maroons include the following:

Nanny of the Maroons

Nanny of the Maroons came to Jamaica from the Gold Coast (present-day Ghana).

Shortly after arriving on the island, she joined forces with the Maroons who lived in the bushy and hilly areas on the outskirts of the sugar plantations.

She settled in the area of St. George (now Portland), where she led frequent and successful raids on the plantations up to 1739 when she signed a Peace Treaty with the British. During these raids, she and her warriors took food and weapons from the plantations and freed enslaved Africans who lived there.

Nanny was a leader of the Windward Maroons in Portland for about eighty years.  She was named a National Hero of Jamaica by the Government in 1982 and continues to be a symbol of freedom for many.

Cudjoe arrived in Jamaica around the same time as his sister, Nanny.  Like her, he displayed qualities that quickly took him to the position of leader of the Maroons in St. James, where he settled.

Under his leadership, the Maroons became skillful in war and rapidly grew larger and stronger.   Between 1690 and 1720, Cudjoe led violent raids on the plantations owned by the British.

Cudjoe was described by historian John William Fortescue as a “man of genius”, who resisted all attempts to subdue him.

Captain Quao of the Windward Maroons

Another of Nanny’s brothers, Quao came to Jamaica shortly before the destruction of Nanny Town in 1734.  Within a few years, he became the foremost military captain of the Maroons, next to his sister.

During the first Maroon War, he employed skillful war tactics to include lookouts and ambush attacks.

Quao led his group to victory when he ambushed and defeated a band of British soldiers in 1739.