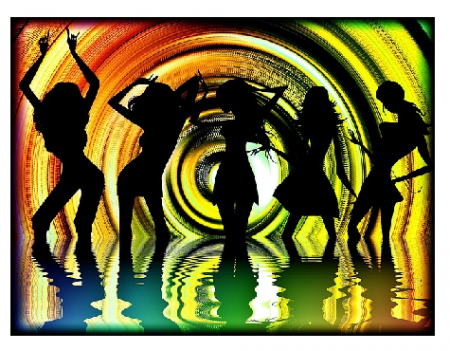 What can we say about this megastar who continues to churn out hit after hit? Taylor Swift has shown that she can easily move across different music genres and still have the fans begging for more. She proceeded to produce her all-pop studio album despite suggestions to the contrary and the naysayers. Her album, ‘1989,’ became a huge success, spent five weeks at No. 1 and has spawned two No. 1 singles.

The 21-year old is no neophyte when it comes to belting out top lyrics. 2014 was certainly a breakthrough year for the petite and beautiful young lady as she rode the charts time and again to become one of the hottest female pop singers this year. Her sophomore album, ‘My Everything,’ debuted at No. 1 in August and received a Grammy nom for Best Pop Vocal Album. Grande has had four top 10 hits this year, more than anyone else.

This unstoppable hit maker maintained her exceptional performance in the music business another year, scoring with her fifth studio album which spent its first three weeks at No. 1 in December 2013. Beyoncé received six Grammy noms, a total matched this year only by Sam Smith and Pharrell Williams.

There is no doubt about Williams’ success this year. His song titled, “Happy” made people just that – happy! The song stayed 10 weeks at No. 1 (longer than any other song this year) and earned Oscar and Grammy noms. His album ‘GIRL’ also reached No. 2 and received a Grammy nom for Album of the Year.

Iggy, the hot, sassy, and down to earth Aussie rapper has much to boast about. Her song “Fancy” (featuring Charli XCX) was No. 1 for seven weeks and received a Grammy nom for Record of the Year. She also had a number of other hits during the year that received lots of airplay.

Meghan churns out something completely different from the norm and got the fans approval. Her song “All About That Bass” topped the Hot 100 for eight weeks and received Grammy noms for Record and Song of the Year. Her follow-up hit, “Lips Are Movin,” also made it to the top five on the chart.

“All of Me” is certainly one of the love anthems of the year and Legend delivers well in one of those rather classy style that’s not too common today. Great year for Legend, he cracked the top 20 on the Hot 100 and topped the chart for three weeks.

‘2014 Forest Hills Drive.’ The rapper’s third studio album moved 375K in its first week on the chart in December. That’s the biggest one-week sales tally of 2014 for an album by a male solo artist (from any genre).

Both Lambert and Shelton hit No. 1 on both the pop and country album charts. Moreover, they won Female and Male Vocalist of the Year at the CMA Awards for the fifth year in a row.

The a cappella group has the year’s top-selling holiday release, ‘That’s Christmas to Me.’ The album has climbed all the way to No. 2, making it the highest-charting Christmas title by a group or duo since 1962.