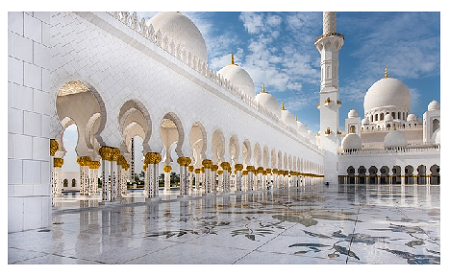 Some Cry The “Islamization” Of Europe!

Although there is no evidence to suggest that the former Queen of France Marie Antoinette who lived a lavish and an extravagant lifestyle many years ago ever said that the starving peasants of France should “eat cake” if they had no bread.

Today, it may be as well be what the Saudi Arabian government is saying to the thousands of Muslims fleeing their countries for Europe. At a time when Muslims are making a desperate attempt to escape the hellish nightmare and experience in their own countries where life seems to be of no longer any value, Saudi Arabia is offering to build 200 mosques in Germany for the refugees.

The fact is this is an offer from a government that does not even allow for the construction of a single church within its own country.

Now, one can speculate on the ramifications of the generosity of the Saudis to build so many mosques in Germany — a country that is predominantly Christian. One may even wonder whether the Germans will play mass to such an offer.

However, the truth is there would be an open jihad or fatwah if say the head of the Roman Catholic Church should make an offer of that sort to the Saudi Arabian government.

That said, the Saudi government along with other rich Gulf States such as Qatar, United Arab Emirates, Kuwait, Oman and Bahrain are yet to offer any form of meaningful resettlement to the refugees fleeing the Middle East in droves.

Germany, in the meantime, has offered to accept 800,000 refugees fleeing war-stricken Syria and countries bordering Syria such as Jordan, Lebanon and Turkey–have each officially taken in hundreds of thousands of refugees.

The fact of the matter is Europe in general and Germany in particular seems to be taking the high road in their response to the humanitarian crisis and tragedy on hand.

The people of Europe ought to be commended for their generosity of spirit and response to a group of people who neither share their politics, culture, laws or indeed their religion.

However, they have not stood idly by and watch fellow human being suffer pain, death, and destruction.

Truth be told, world leaders would do well to heed the words of Negusä Nägäst Haile Selassie I, former emperor of Ethiopia:

“…Until the philosophy which holds one race superior and another inferior is finally and permanently discredited and abandoned: That until there are no longer first-class and second class citizens of any nation; That until the color of a man’s skin is of no more significance than the color of his eyes; That until the basic human rights are equally guaranteed to all without regard to race; That until that day, the dream of lasting peace and world citizenship and the rule of international morality will remain but a fleeting illusion, to be pursued but never attained…”