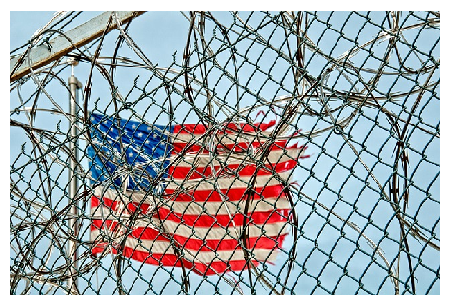 President Obama, at the start of his weekly address said, “Today, there are 2.2 million people behind bars in America and millions more on parole or probation.  Every year, we spend $80 billion in taxpayer dollars to keep people incarcerated.  Many are non-violent offenders serving unnecessarily long sentences.”

He further said that he believes that there were a number of things that could be done to: Disrupt the pipeline from underfunded schools to overcrowded jails.

Address the disparities in the application of criminal justice, from arrest rates to sentencing to incarceration.

Help those who have served their time and earned a second chance get the support they need to become productive members of society.

He stated that this year he has been travelling around the country and talking with different stakeholders on the subject of reforming the criminal justice system in order to make it smarter, fairer, and more effective.

He argued that having millions of people in the criminal justice system, without any ability to find a job after release, is unsustainable.

“It’s bad for communities and it’s bad for our economy,” The President declared.

He posited that efforts to help Americans who’ve paid their debt to society be reintegrated back into their communities should be everybody’s business.

He stated further that he will continue to work with people in both parties to get criminal justice reform bills to his desk.

These would include a bipartisan bill that reduces mandatory minimums for non-violent drug offenders and reward prisoners with shorter sentences if they complete programs that make them less likely to commit a repeat offense, the President noted.

“There’s a reason that good people across the country are coming together to reform our criminal justice system.  Because it’s not about politics.  It’s about whether we as a nation live up to our founding ideal of liberty and justice for all.  And working together, we can make sure that we do,” The President concluded.