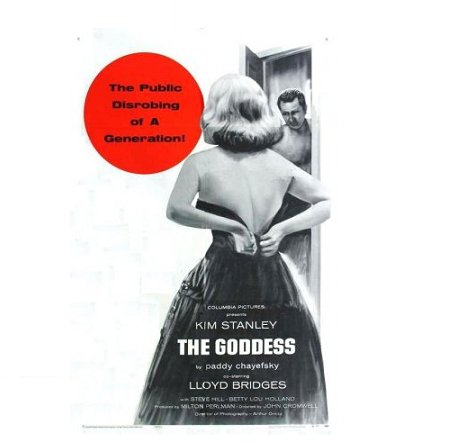 It is easy these days to turn our backs and frown on the past. However, Catherine Ritchie, writer on the Dallaslibrary2.org blog in her movie review, reminds us that there are movies in the past that are nostalgic gold and we’ll do well to remember them.

Here is her take:

Historians now tell us that the 1950s weren’t nearly as dull as we’ve assumed. While some Fifties films may not have boasted bells, whistles, and extra-special effects, they nevertheless told some unique and engrossing stories.

1957′s A Hatful of Rain, based on Michael V. Gazzo’s stage play (the script available in the Library’s Humanities Division), offers memorable performances from its essentially four-person cast. While contemporary films might depict the impact of drug abuse on a family in a more graphic detail, Hatful still likely packed a punch in its tale of a Korean War hero (Don Murray), a junkie desperately hiding his secret from his pregnant wife (Eva Marie Saint) and demanding father (Lloyd Nolan). Only his loyal brother (Anthony Franciosa) knows the truth. As we witness 24 pivotal hours in these people’s lives, A Hatful of Rain represents ensemble acting at its finest.

Playwright Paddy Chayefsky would forever be associated with the television masterpiece Marty, but in 1958, his first original screenplay was produced: The Goddess, allegedly inspired by Marilyn Monroe. “Rita Shawn” defeats poverty to become a movie star faced with multiple marriages, an abandoned child and career exploitation, leading to her eventual downfall. Chayevsky’s script seems clumsy and uncomfortably truncated in places; critics at the time were not kind.

But The Goddess is notable for another debut: the first screen appearance of Kim Stanley, considered one of the greatest stage actresses in theater history. Her subsequent film work would be sadly minimal, but here, one sees flashes of the creative genius that inspired subsequent generations of performing artists.

The phrase “bad seed” has joined the vernacular as being somewhat synonymous with an “evil child”. The Bad Seed actually began as a 1954 novel by William March, and was soon adapted for the stage by Maxwell Anderson. The film version appeared in 1956, with several of the Broadway production’s performers reprising their roles.

Angelic-seeming 8-year-old Rhoda Penmark (Patty McCormick) is actually a cold-blooded murderer, and her mother Christine (Nancy Kelly) must cope with that chilling realization. Somewhat understandably, the movie is at times “stage-y,” but…

….proof positive there are no small roles or a certain amount of screen time required in which to make an impression, watch for Eileen Heckart’s mesmerizing performance as the distraught mother of a boy Rhoda has killed. In only two scenes, she lifts the film to a new level—maximum character development achieved in a minimum of footage.

In all its formats, The Bad Seed tackles child psychology, Freudianism, and the “nature vs. nurture” debate, circa 1950s sensibility–not always effortlessly, but revealingly for its time.

These Fifties films may not make the “all-time greatest” lists, but as a partial era snapshot, while also offering much superb acting and significant social issue discussion, they’re likely worth a bit of time travel…