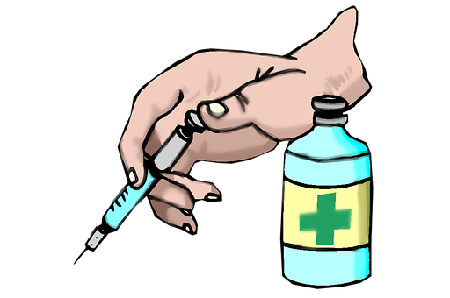 But, 2015 global milestones and measles elimination goals are off track.

New data released by the organization for the Measles & Rubella Initiative, estimated that 17.1 million lives have been saved since 2000, largely due to increased vaccination coverage against this highly contagious viral disease. Measles vaccination has played a key role in reducing child mortality and in progress towards Millennium Development Goal 4.

However, new data published in a recent edition of the Centers for Disease Control and Prevention’s (CDC), “Morbidity and Mortality Weekly Report” and WHO’s “Weekly Epidemiological Record”, has shown that overall progress towards increasing global immunization coverage has recently stagnated.

The report stated that while coverage with the first dose of the measles vaccine increased globally from 72% to 85% between 2000 and 2010, it has remained unchanged over the past 4 years.

“We cannot afford to drop our guard,” says Dr. Jean-Marie Okwo-Bele, Director of WHO’s Department of Immunization, Vaccines, and Biologicals. “If children miss routine vaccination and are not reached by national immunization campaigns, we will not close the immunization gap.”

The success of immunization campaigns

The report also noted that in 2014 mass vaccination campaigns led by country governments with support from the Measles & Rubella Initiative and Gavi, the Vaccine Alliance reached approximately 221 million children. Twenty-nine countries supplemented their routine vaccination programs with mass immunization campaigns, helping to reduce measles incidence in 4 out of 6 WHO regions last year. Overall, since 2000, these campaigns have enabled 2 billion children to receive a supplemental dose of measles vaccine.

It also said that in the African Region, cases dropped from over 171 000 in 2013 to under 74 000 in 2014, likely due to campaigns in Democratic Republic of the Congo (DRC) and Nigeria. WHO’s Eastern Mediterranean, European and the South-East Asia regions also saw decreases in measles incidence in 2014.

Furthermore, it pointed to the large-scale campaigns conducted in 2014 that included:

Dr. Robert Linkins, Chief, Accelerated Disease Control and Surveillance Branch at the U.S. Centers for Disease Control and Prevention said,  “Last year, the Measles and Rubella Initiative supported campaigns in 29 high-risk countries to stop measles, including in Liberia where a serious outbreak occurred following the Ebola epidemic. Funding for many of the largest campaigns came from Gavi, the Vaccine Alliance. Gavi’s support for measles campaigns in large countries like DRC and Pakistan, and measles-rubella vaccine introduction through campaigns targeting children under 15 years of age, is providing a strong boost to measles control and elimination in those countries.”

He also added that “Despite our success in these countries, globally over 100 000 children needlessly died from measles last year. That’s a tragedy which can be easily prevented if we intensify our measles surveillance and vaccination efforts.”

The report stated that measles outbreaks occurred when there are gaps in vaccination programs, and is cause for concern as it posed a serious challenge to meeting global targets.

It noted that the Americas and Western Pacific regions saw increased numbers of cases in 2014, mostly due to large outbreaks in China, the Philippines, and Viet Nam. Other regions experienced an overall drop in the number of cases, but some individual countries still had large outbreaks, including Angola, Ethiopia, India, the Russian Federation, and Somalia.

Measles is highly infectious and strong, sustained efforts are needed to maintain the current level of control. Together with changes in policies and practices in high-burden countries, vaccination and surveillance efforts need to be funded, maintained and strengthened, WHO and its partners declared.

“Despite the welcome reduction in measles deaths, this highly-infectious disease continues to take a terrible toll on the lives of children around the world,” said Dr Seth Berkley, CEO of Gavi, the Vaccine Alliance. “A coordinated approach that puts stronger routine immunization at its core will be central to getting measles under control and securing further reductions in mortality from this vaccine-preventable disease.”