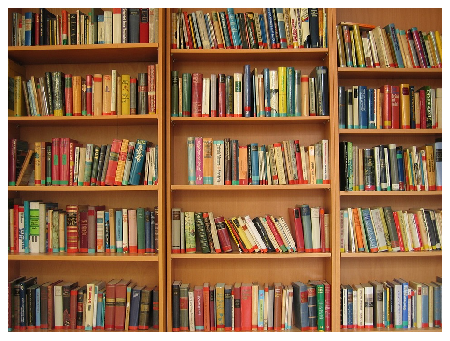 Set To Launch In February

My Alma Mater was books, a good library… I could spend the rest of my life reading, just satisfying my curiosity. 10-year-old Shaun Brown who struggled to read up to the age of 5 has put those dark years far behind him and now seeks to put the publication of his first book on the market.

Brown is regarded as one of the youngest author not only in Jamaica, but also the world.

According to a Jamaica Gleaner’s report, Brown’s book is titled, The Candle and the Bear is set to launch in February.

“I have three words to describe my book: awesome, adventurous, and amazing,” he reportedly told The Gleaner in an interview from his school.

Brown, in explaining how the whole idea of a book came about, said, “I got an assignment to write some stories, and when I shared it with my mom, they were so good she encouraged me to publish a book,” he added.

The grade five student credits the support of his parents and his passion for reading as contributory factors to his success, thus far.

“I really enjoy reading and writing. I find that it relaxes me, and whenever I have spare time, I read. Every evening, I write in my journal, capturing what happened throughout the day. I find it fun. I love doing it,” he declared.

“I don’t feel pressure any at all. I am all for reading, and I just want to get better every day. The support from my parents has been great. Mommy and daddy are behind me one hundred per cent,” he told the newspaper.

Brown, however, has indicated that his primary interest is to become a scientist and views writing as a channel for fun and relaxation.

“I like to have fun like regular children. During the week I will write, but on the weekend, I play my video games and surf the Internet,” he added.

He has the full support of his parents and his mother reportedly said, “I’m very elated! I’m really proud of my son. The funny thing is that Shaun could not read properly. Up to age five, he was struggling with basic things. His aunt, who is an early-childhood teacher, intervened and transformed his room with words, and from that time, he became very passionate,” she said.

In the meantime, his father also lauded his son’s dedication and commitment.

“Sometimes when you tell him to go to bed, an hour later when you walk inside, he’s still reading. Every morning when you go in his room there is a book beside him. He’s very confident and focused,” his father reportedly told The Gleaner.

“I feel very proud of him. He is not quick to go outside and play. I guess it’s the era that he’s growing up in, but he loves his video games and surfing the Internet. I just want to make sure that my presence is strong and I support his endeavors,” he continued.