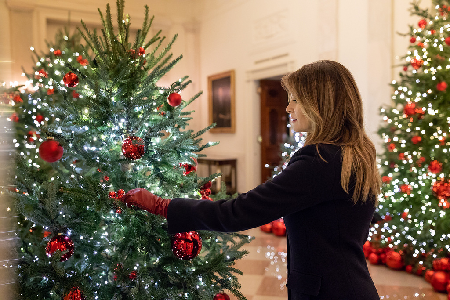 Christmas is a holiday celebrated by millions of people all around the world. Whether Santa Claus fills your stocking, the Three Kings visit your home, or you ponder the wonder of the birth of Jesus, you probably know everything there is to know about Christmas. At least you think you do. Here are five strange facts about Christmas you probably didn’t know:

It might surprise you to learn that a religious holiday meant to celebrate the birth of Jesus at one time forbidden by the very religion it stemmed from, but it was a branch of Christianity known as Puritans that made Christmas illegal in Boston. Stores were forced to stay open on Christmas, and on Christmas Eve people called Town Criers would be sent out to shout, “No Christmas!”

Even foods associated with Christmas were banned, such as mincemeat pies. The reason for this? Puritans felt that any form of pleasure was a sin, so if you were happy you weren’t being a good Christian. They also believed (correctly) that before Christians adopted it, Christmas was a pagan holiday.

The Christmas ban was lifted in England when King Charles II took the throne, but in America, restrictions on Christmas were still in place as late as 1870.

As your children grow, they stop believing with eyes wide open that a jolly old man in a red suit brings them presents every year. Santa Claus may be a fable we tell our children, but the man behind him was real.

Saint Nicholas was a Christian bishop who was born March 15th, 270 AD. He was a wealthy man who used his large inheritance to help the poor and needy. Legend has it that he saved three women from being sold into servitude by paying for their dowries, so they could be married.

His generosity spread worldwide, and he soon became the saint of children and sailors. Over time he transformed into “Santa Claus” or Saint Nick.

This cute song about a boy who thinks his mom is having an affair with Santa Claus did not meet with the approval of the church. The singer of the song, 13-year-old Jimmy Boyd was flown to Boston by the record label to explain the song to the church. We’re not quite sure what he said to assure the church that mommy kissing “Santa Claus” was miraculously okay, but it worked. The song went from something causing outrage to a holiday favorite.

For modern children, watching Santa’s progress around the world on Christmas Eve is a thrilling experience. This tracker on a government website proves Santa is real, right? NORAD reports how Santa is doing on his travels every year, but it was a big accident that started it all.

In 1955, Sears placed an ad in the newspaper with a phone number meant to go to a Colorado Springs store. The advertisement allowed children to tell Santa what they wanted for Christmas. The figure was misprinted, and instead directed dozens of children to the hotline for Colonel Harry Shoup.

He was the Director of Operations for the US Continental Air Defense.

He could have reacted in any number of ways to these children, but Colonel Shoup decided to order his staff to give the children who called updates on Santa’s flight coordinates. Today, children can still visit the NORAD website for these updates.

Christmas is a beloved holiday, and though it has had its ups and downs, it is still a favorite season for everyone.

This holiday share these fun facts with your friends so they too can hear about the strange and beautiful side of Christmas.