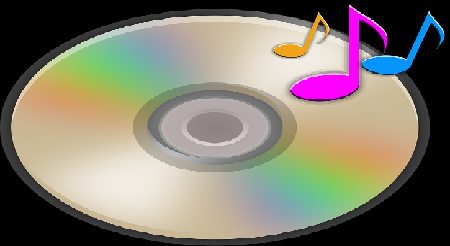 Sometimes in life on reflection, one gets so caught up with the good old days so much so one fails to see the vintage new or the recent past.

This is evidenced particularly in music since this art form evolved very fast especially in sound and rhythm.

Who can forget songs such as the following:

Hey Jude by The Beatles

The Twist by Chubby Checker

That said, there are some recent notables that one would find it very difficult to dismiss from memory.

These include the following:

1. Back for Good, is a song recorded by British band Take That for their third studio album, Nobody Else (1995). It was written and produced by the lead singer Gary Barlow, with an additional production done by Chris Porter.

3. Baby One More Time, is the debut single and a monster hit by American singer Britney Spears. It was released on January 12, 1999, through Jive Records.

My loneliness is killing me (and I)
I must confess I still believe (still believe)
When I’m not with you, I lose my mind
Give me a sign

4. I Knew I Loved You is a song by Australian pop duo Savage Garden, released as the second single from their second studio album, Affirmation.

The song went straight to number one on the Billboard Hot 100, becoming the band’s second number one in the United States after Truly Madly Deeply.

Maybe it’s intuition
But some things you just don’t question
Like in your eyes, I see my future in an instant
And there it goes,
I think I found my best friend

One fan commented — “Miss the times when this was played on the radio all day. Precious childhood memories.”

5. Stay the Same, is a song by American singer Joey McIntyre, released as the first single from his first solo album Stay the Same.

Released in March 1999, the single peaked at #10 on the Billboard Hot 100 and was certified Gold by RIAA. The song is McIntyre’s most successful single.

6. Wannabe is the debut single by the English girl group Spice Girls. The song is written and composed by the group members in collaboration with Matt Rowe and Richard.

7. Fool Again is a song by Irish boy band Westlife. It was released on 27 March 2000 as the fifth and last single from their self-titled debut album 1999.

Can’t believe that I’m a fool again
I thought this love would never end,
How was I to know?
You never told me.

8. Because you loved me is a beautiful rendition recorded by Canadian singer Celine Dion for her fourth English-language studio album, Falling into You (1996). It was released on 20 February 1996, as the first single in North America, South America, and Asia.

Wonderful lyrics and an all-time favorite for Dion’s fan and all music lovers.

9. Show me the meaning of being lonely, is a song by American boy band Backstreet Boys, taken from their third studio album, Millennium (1999).

Show me the meaning of being lonely
Is this the feeling I need to walk with
Tell me why I can’t be there where you are
There’s something missing in my heart.

The song is written by Max Martin and Herbie Crichlow, with production by Martin, “Show Me the Meaning of Being Lonely” is a sad, pop and R&B ballad, with Latin pop influences, about missing someone that you love and asking the meaning of living a lonely life.

10. On Bended Knees is a 1994 number-one hit single by Boyz II Men for the Motown label. It is the second single from their second album, II. Written and produced by Jimmy Jam and Terry Lewis, the song reached #1 on the Hot 100 Airplay and #2 on the Hot Singles Sales on December 3, 1994. “On Bended Knee” stayed at number one for a total of six weeks.

Darlin’ I can’t explain, where did we lose our way
Girl, it’s drivin’ me insane, and I know
I just need one more chance to prove my love to you
If you come back to me, I guarantee that I’ll never let you go.…