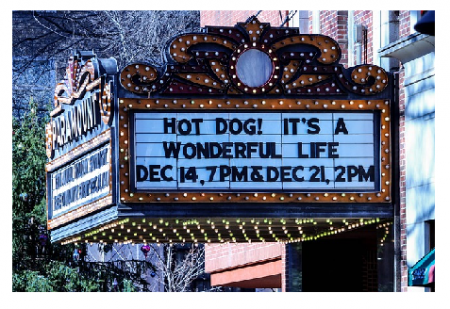 Here are 10 of the top Christmas movies that you may have missed and are highly recommended as a must see before you die.

Most Christmassy Moment: Having seen the light, Willie races home, cops in pursuit, to hand The Kid (Brett Kelly) a Christmas present.

The Film: It doesn’t matter whether it’s 19th Century London or 1980s Manhattan, there will always be humbugs like Frank Cross (Bill Murray) who need to have their worldview changed by the Christmas ghosts.

Most Christmassy Moment: Frank goes mad with joy, live on air, by preaching to his audience to switch off their sets and spend Christmas with their loved ones.

The Film: Susan Walker (Natalie Wood) is convinced that Macy’s department store Santa Kris Kringle (Edmund Gwen) is the real thing. The authorities aren’t so sure, and start court proceedings to have him locked up.

Most Christmassy Moment: Susan is sure her hunch about Kringle is right when he effortlessly slips into Dutch while speaking to a Jewish refugee girl.

Most Christmassy Moment: The Kenosha Kickers, led by jovial Gus Polinski (John Candy) offer Kevin’s mom Kate (Catherine O’Hara) a lift home on Christmas Eve so she can be with her son on the big day.

The Film: A change of pace for the Muppets, as Kermit and gang play second fiddle to a commanding performance from Michael Caine as Scrooge in a surprisingly faithful adaptation of the Dickens classic – except here Dickens is Gonzo and Tiny Tim is a frog.

Most Christmassy Moment: The Ghost of Christmas Present has a crack at persuading Scrooge of the joys of Yuletide in festive anthem ‘It Feels Like Christmas.’

The Film: Tim Burton-created, Henry Selick-directed stop-motion classic about a Halloween takeover of Christmas, which is usually the first Yuletide movie everybody watches in the run-up to 25 December. Mainly because you can also watch it on 31 October.

Most Christmassy Moment: Jack Skellington discovers Christmas Town. “What’s this?” as every festive cliché comes to life in joyous fashion.

The Film: See, this is what happens when you ask for an unusual Christmas present – a horde of malicious critters destroying your picture-postcard town. Moral of the story: shop at Argos next year.

Most Christmassy Moment: Where else is the final battle between cuddly Mogwai Gizmo and chief Gremlin Stripe going to take place at this time of year? In a department store, as would-be stocking fillers are put to uses their manufacturers never anticipated.

Most Christmassy Moment: Jovie (Zooey Deschanel) leads New York in a rendition of ‘Santa Claus Is Coming To Town’ to restore the Christmas Spirit needed to power Santa’s sleigh.

The Film: A Christmas Eve party in the Nakatomi Plaza is rudely interrupted by Alan Rickman’s crew of thieves-disguised-as-terrorists. Only Bruce Willis’ vacationing cop John McClane has the run of the building to stop them.

The Film: Frank Capra’s fable of redemption, parallel universes and small-town life has been canonised as a feelgood classic. But its tale of a suicidal man (James Stewart) saved only by divine intervention is also darker than most remember, making it perfect seasonal fare whatever your view of life.

Most Christmassy Moment: George Bailey returns home on Christmas Eve to find that friends and family have bailed out the “greatest man” in town, while Clarence the second-class angel finally gets his wings.