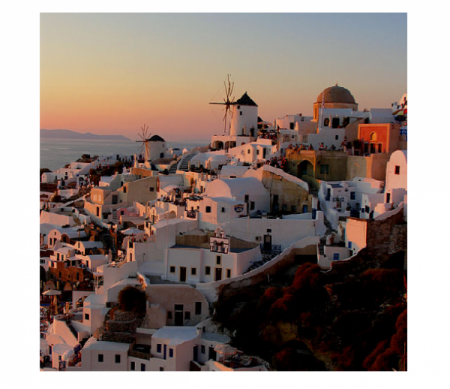 Everybody’s got their “bucket list” loaded with typical travel locations like the Eiffel Tower and the Pyramids. Beautiful locations for sure but here are a few other exotic locales, some of which have been the unknown subjects of gorgeous photo-ops the world over.

This beautiful lake is located right on the border between Chile and Argentina. It’s a great place to enjoy outdoor sports like horseback riding and hiking. You can even show off your photography skills by taking some breathtaking photos, which isn’t hard to do.

This unique and stunning island is well known in French Polynesia. It’s surrounded by barrier reef as well as a lagoon that surround the island in rich turquoise and blue hues. It’s a major tourist spot that offers bungalows, which are a staple. Visitors can scuba dive and snorkel in the surrounding lagoon and enjoy the landscape and the people.

A naturally occurring rock archway located in the province of Newfoundland in Canada. It’s a natural rock arch on the Spurwink Island Path. It’s nearly five miles long and on the hiking scale, this is considered difficult.

The entire country, is absolutely worth the trip. It’s home to the most famous geothermal pool that’s filled with heated mineral-rich milky-blue seawater. You can check out Reykjavik’s cafes and pubs, visit Thingvellir National Park and watch those gorgeous Northern Lights. It’s worth more than one trip to see it all.

The exotic Phi Phi Island lies off the coast between Phuket and the Western Strait of Malacca.

Picture paradises, The Maldives are a series of nearly 1,200 coral islands formed about 30 atolls located in the Indian Ocean. Each island has a reef ring and because of the unique structure, it’s almost impossible to navigate with prior knowledge. That helps to make this such an exclusive vacation spot. Only 200 islands are inhabited and about 90 were developed with tourist resorts.

It is also known as Giant Crystal Cave, is located in Naica, Chihuahua, Mexico. Naica sits on an underground magma chamber and for 500 millennia the mineral rich hot water filled the mine allowing crystals to form and grow undisturbed.

The historical city of Petra is located between the Dead Sea and the Red Sea. This half-built, half-carved spot is surrounded by mountains and was a major trade center for incense, silks and spices from Arabia, China and India. It’s one of the world’s richest archaeological sites.

This beautiful and picturesque lake is a series of natural caves, lakes and waterfalls that are interlinked and create shapely divides.  The upper lakes and lower lakes are home to over 120 species of birds and in 1979, it was accepted as a World Heritage Site

Wander through the island’s beautiful landscape, it is special not just because of its stark white beauty but because most of the townships are on the edge of a cliff that’s 1,000 feet above the Cycladic Sea. It’s also believed that it’s the remains of a volcanic island that was destroyed by the same tsunami that destroyed the Minoans.