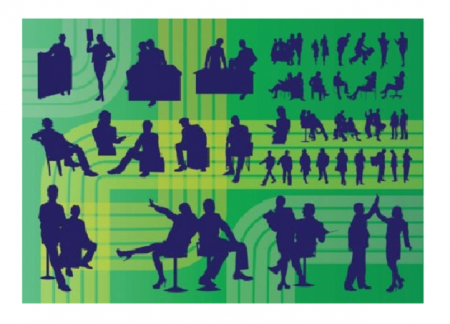 In every office there’s a combination of personalities that make you wonder if everyone else is seeing what you’re seeing. Chances are, everyone’s got at least one story to tell about these types.

Comes in 45 minutes late, he just came to work straight from bed, leaves before 5pm, has his staff do all the work and “works from home” 3-days a week but is often unavailable during those days.

Life is full of possibilities and the future is so bright. That attitude was cute during the first week but now, her perkiness is starting to get on your nerves. You don’t want to shatter her belief system, but you do need a break from her every once in a while.

If a rumor drops in the woods and no one’s there to hear it, he will. Whether it’s your love life, your boss’ bankruptcy or Myron from accounting’s touchy divorce, rest assure, he’s talking about it.

You’ve decided to take some time off because you’ve worked your butt off and you’ve earned it. Even though your boss says she’s good with it, she’s giving you the snide-under-the-breath remarks about how she works hard too and hasn’t taken a vacation in two years.

Your inbox pile keeps getting higher and you have a project that you need to finish. The last thing you need is to hear about what he thought about Sunday’s game.

Don Draper is cool on T.V. but in real life, he’s the jerk that no one wants around or near the clients. He needs to be ‘checked’ in the worst way.

Anything that’s got 0’s and 1’s is her domain. She knows how to work your machine and fix whatever ails it but when it comes to simple human interaction, she’s a little lost.

Like the intern but with a degree. That means he’s at work half hour earlier than everybody else so that he can work his way up the ladder and bring the company into the 22nd century.

Just having her in the office makes the room drop a few degrees and your hairs stand on end. She raises the tension level and bullies everyone who’s beneath her because she can’t do much else.

When the Beatles broke up, he was there at his desk, cursing Yoko Ono’s name. He’s been with the same company for decades and doesn’t trust anything named “computer” that these young kids are using so much.