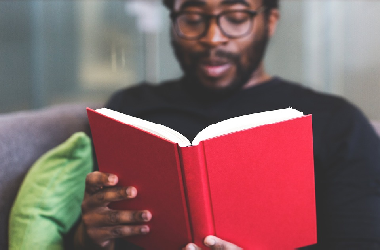 The Caribbean diaspora is a sizeable, well-educated, and affluent demographic whose socio-economic interests are many and varied.

Additionally, they represent a large segment of the book readers’ market that publishers cannot afford to ignore!

Below are the titles of 10 favorite books that one would find within the household of members of the diaspora:

1. To Kill A Mockingbird

This novel is written by the American author Harper Lee. It was published in 1960 and was instantly successful. In the Caribbean, it is widely read in primary and high schools.

To Kill a Mockingbird has become a classic of modern American literature, winning the Pulitzer Prize.

Animal Farm is a satirical allegorical novella by George Orwell, first published in England on 17 August 1945.

The book tells the story of a group of farm animals who rebel against their human farmer, hoping to create a society where the animals can be equal, free, and happy.

It depicts pre-colonial life in the southeastern part of Nigeria and the invasion by Europeans during the late 19th century.

Great Expectations is the thirteenth novel by Charles Dickens and his penultimate completed novel.

It depicts the education of an orphan nicknamed Pip.

It is Dickens’s second novel, after David Copperfield, to be fully narrated in the first person.

5. One Hundred Years Of Solitude

This is a 1967 novel by Colombian author Gabriel García Márquez that tells the multi-generational story of the Buendía family, whose patriarch, José Arcadio Buendía, founded the (fictitious) town of Macondo.

The novel is often cited as one of the supreme achievements in literature.

It was published on 8 June 1949 by Secker & Warburg as Orwell’s ninth and final book completed in his lifetime.

This book is written by John Gimlette, an English author of travel literature.

“Wild Coast provides two valuable services. First, it offers a gorgeously vivid depiction of one of the last untamed places on the planet — “a beautiful world, luminously lush and drenchingly fecund” — and second, it allows tourists seeking an easy-peasy exotic holiday to strike this destination from their itinerary,” said New York Times writer Liesl Schillinger.

Walking Drum is one of several novels written by Louis L’Amour.

His adventurous life could have been the subject of one of his novels.

L’Amour knew early in life that he wanted to be a writer, and the experiences of those years serve as background for some of his later fiction.

Walking Drum is a sweeping historical adventure set in the twelfth century of a young warrior, lover, and scholar whose quest to rescue his enslaved father takes him across Europe and Asia.

“One of the finest books I’ve ever read! Adventure in 12th century Europe with plenty of educational facts thrown in and an epic story with a larger-than-life hero. I’ve read it at least 6 times and will read it many more times before I die. You genuinely feel the story. A must for your go-to reading list,” a reader posited in a review.

The Lonely Londoners is a 1956 novel by Trinidadian author Samuel Selvon.

The book details the life of West Indians in post-World War II London, a city the immigrants consider the “center of the world.”

The Happy Hooker: My Own Story is a best-selling memoir by Xaviera Hollander, a call girl, published in 1971.

It is a racy account of Hollander’s life behind the brothel door; The Happy Hooker became an instant classic that marked the intersection between the Playboy generation and the sexual revolution of the feminist era.

Hollander left no vice unturned, covering lesbianism, bondage, and other sexual appetites with a frank tone that left the reader with no doubt that they were listening to a master…or mistress, as it were.

In an interview with NPR’s Michel Martin, the happy Ms. Hollander told Martin the basis of her happiness in the past.

MARTIN: So, tell us, what were you so happy about back then?

Ms. HOLLANDER: Well, I was happy, A, to do something that I’ve always liked, which is sex. I enjoyed sex without being a nymphomaniac. B, getting paid for something I’ve doing for years for free, and C – get from most of my clients more respect in a business manner, because it is a business than I got as the easy girl, you know, the easy lay hoping to find Mr. Right.